Prestigious herd of pedigree Limousins to go under hammer 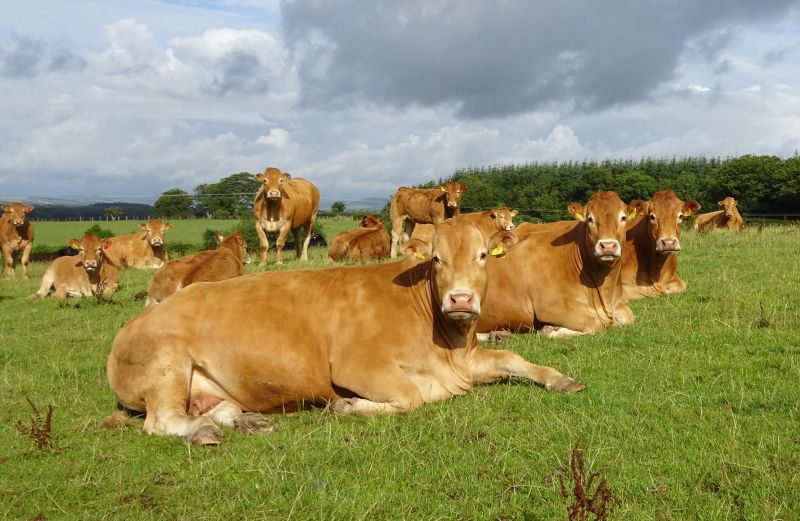 One of Scotland’s most noted herd of pedigree Limousins is to go under the hammer 25 years to the day it was established.

The Maybe Herd, owned by David and Rosemarie Cornthwaite, of Balgray Hill, Lockerbie, is to go under the hammer next week.

The dispersal sale, to be sold by auctioneers Harrison & Hetherington, marks the end of an era for the herd, and there is now an opportunity for others to benefit from its sought after genetics.

When the Cornthwaites established their herd in 1994 with four heifers, their sole aim was to produce easy calving, naturally fleshed, functional bulls for their commercial cow enterprise.

Nearly all cattle included in the sale can be traced directly back to these four heifers.

Auctioneer James Little said: “Maybe is a modern herd, suited very much to the modern-day pedigree and commercial beef farmer.

“Since the herd was founded, the emphasis has always been on functional, efficient, healthy cattle, and I know that these are genuine, honest, hardworking high-quality animals.”

The bulls the Cornthwaites produce have served their commercial herd well, achieving top prices when they used to sell prime cattle. When sold as stores, they are sought after in the sale rings.

For 7 out of the last 10 years, the Maybe Herd has won the North West Limousin Cattle Breeders Herd Competition, and it has been runner up in the other three.

The home-bred sired calves regularly win the ‘pen of four’ at Harrison and Hetherington’s Continental Suckled Store Sale in spring and autumn at Carlisle.

The philosophy behind the Maybe Herd has been that young animals should not be force-fed, so calves have had access to creep for a very short period pre-sale.

The in-calf cows have been kept in a condition where the Cornthwaites would want to calve them themselves.

They have enjoyed considerable success in the show ring, with the current show team already having a number of championships to their names.

David Cornthwaite provides the background to the current sale: “We have decided to disperse the herd to reduce the workload as we head towards retirement.

“We will be offering for sale some very promising young bulls but retaining a small number ourselves to continue to feed into our commercial herd.

“These cattle have given us much pleasure over the years and made us many friends, and we are confident they will continue to do so for their new owners.”

The herd are to be sold by Harrison and Hetherington at Carlisle’s Borderway Mart on Friday 4 October.