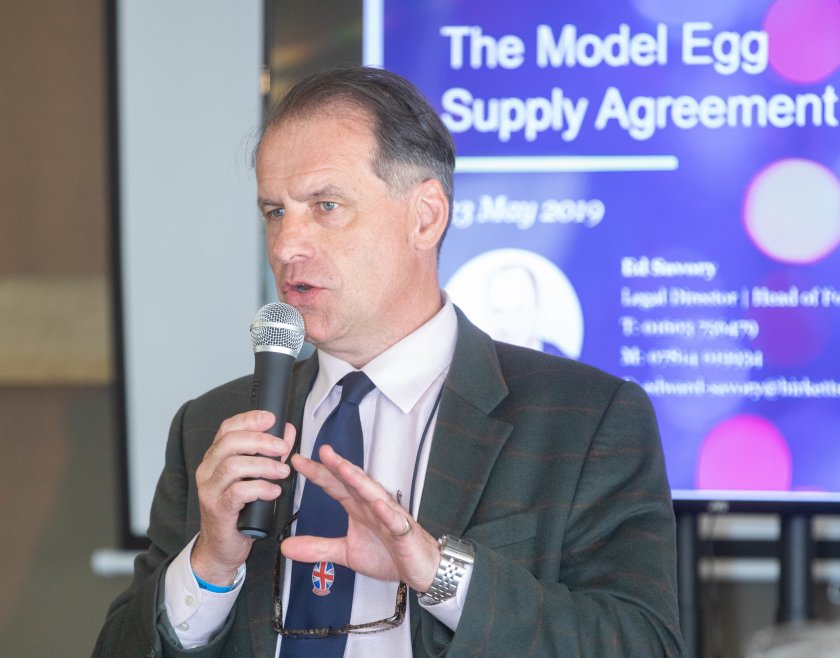 Free range egg producers are being left to pay the bill for the sector's spiralling costs, the British Free Range Egg Producers' Association has warned.

A price rise is urgently needed to cover huge increases in the cost of feed, energy, transport, and labour, the industry body said on Thursday (4 November).

It added that these costs had been creeping up over the past 12 months, showing no sign of abating.

BFREPA CEO Robert Gooch said that producers had watched on as other livestock sectors received price rises to reflect the current situation.

He said egg producers need to receive the same support: “Free range egg producers are always at the bottom of the pile," Mr Gooch explained.

“Everyone else in the supply chain secures their margin by passing the rising costs down the chain, so they inevitably get left at the farmer’s door.

“BFREPA has campaigned for fair, robust contracts to be available which allow for movement in the price paid to farmers as input costs, such as feed, increase and decrease.

“These contracts have been adopted by some retailers and packers but there are numerous examples of these contracts being broken now that inflationary pressures are rising.

“This simply isn’t fair and can’t be allowed to continue,” the BFREPA CEO said.

Eggs remain a key battleground among supermarkets, along with other staples such as bread and milk, where prices are driven down in the fight for market share.

As a result, consumers are paying less for eggs now than they were seven years ago. In July 2014, a dozen free range eggs cost £3.09.

Just two months ago in September 2021, shoppers paid an average of £2.14, the Office for National Statistics says.

Only 91p currently goes to the farmer – the rest is taken by packers and supermarkets.

Mr Gooch said retailers and packers need to step up and make the adjustments necessary to reflect the financial pressures free range egg producers were experiencing.

“Only the producers at the bottom of the chain are losing out, while everyone else finds ways to pass their costs along," he added.

“This isn’t sustainable, and action must be taken now before more producers leave the sector.”