Private sales of sheep and cattle can be risky, warn auctioneers 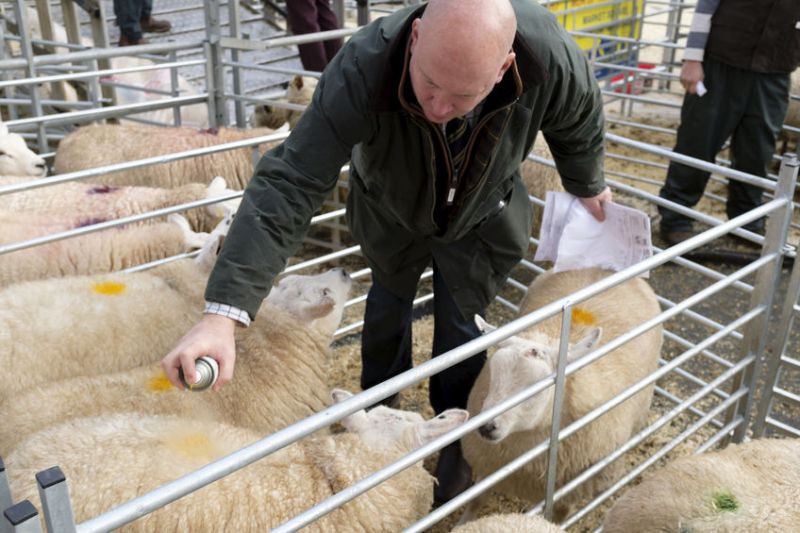 Private sales are modernising with the help of apps and online marketplaces, offering the lure of timesaving and no commission fee, as normally paid to a mart.

But the Institute of Auctioneers and Appraisers in Scotland (IAAS) says a traditional mart helps ensure a fair price for buyers and sellers.

It adds that private sales, on the other hand, often have no such processes in place.

Auction marts are heavily governed by Trading Standards, which means stock is accurately weighed, and unhealthy animals are identified and filtered out of the ring.

Marts also chase late payments to ensure the seller is paid, whereas private sales come with no such guarantee.

Jim Craig, MD of Craig Wilson Ltd Auction Mart, based in Ayr, said: “My late father used to say that a live auction was ‘justice being seen to be done’.

“What he meant, was that live sales happen in the public domain, with a group of folk around the ring acting like a jury: the 30 or so purchasers that we normally have at each Store Cattle sale in Ayr view the stock in front of them, size them up, and then compete for them.

"Personalities come into play, experience and knowledge is pooled, and the audience works its way towards the price."

Mr Craig said this collective process resulted in stock being openly sorted, with a beast receiving a price worthy of it.

With a private sale, however, he said the price was inevitably based on the going market rate, that being prices established at live marts, which takes in all shapes and sizes of livestock.

“And it’s then just one person to another, without the pooled experience of others around the ring, or the public scrutiny," he added.

"In these circumstances, how can the seller be sure their bargaining results in the best price as the buyer will want to spend as little as he can?”

“Marts are also heavily governed by Trading Standards: they take care of all the paperwork and jump through multiples hoops to ensure all is above board,” says Mr Wilson. “Our scales for example, are always the same, so you can be sure you’re getting what you pay for.

"If an unhealthy beast comes in, we take care of it, ensure its welfare is seen to and that it doesn’t enter the ring.”

He said marts were also much more than a business - being social hubs that played a vital role in rural communities.

"In these strange times of increased isolation due to the pandemic, that can literally be a lifeline for some," Mr Wilson added.

“So, whether it’s “justice being seen to be done” on price, getting paid, or catching up with friends, the live mart still has the edge over private sales.”