Project looks at how electrophysical weeding can cut chemical use 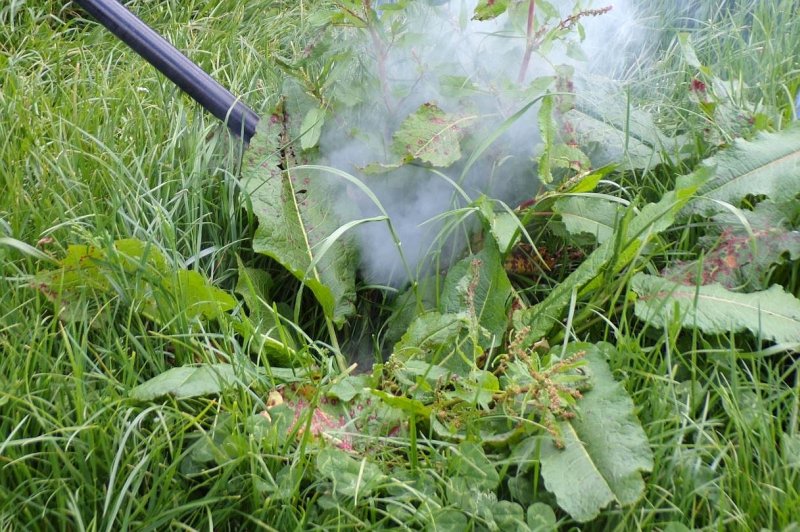 Dairy farmers are taking part in a UK first project to investigate how electrophysical weeding can reduce dependency on herbicides when controlling docks.

The weed can significantly reduce grazing or silage quality as they have only 65 percent of the feed value of grass.

This, along with their ability to quickly take over fields, make them a troublesome problem for grassland farmers.

But there is an increasing need for the sector to move away from chemical methods of weed control due to the growing concerns of the effects that herbicides are having on both the environment and health.

As part of this two year EIP Wales project, two grazing fields have been split into trial plots of 2m x 6m to compare the effectiveness of electrical treatment against normal herbicide application.

The farmers are working with the company RootWave who is pioneering the use of electricity as a sustainable and scalable organic alternative to herbicides.

The electrical weeder is designed to send a high voltage current through the plant where the natural resistance of the weed transforms the electrical energy into heat, which boils it inside out from the root upwards.

For the small trial plots in the project a hand-held lance with a 20m cable powered by a petrol generator is being used.

Each dock plant in a plot is touched with the charged lance for approximately 5-10 seconds before moving on to the next plant.

The results from the first growing season show electrical treatment has been effective at killing the docks however it was found that repeated treatments are needed to be as effective as the herbicide. 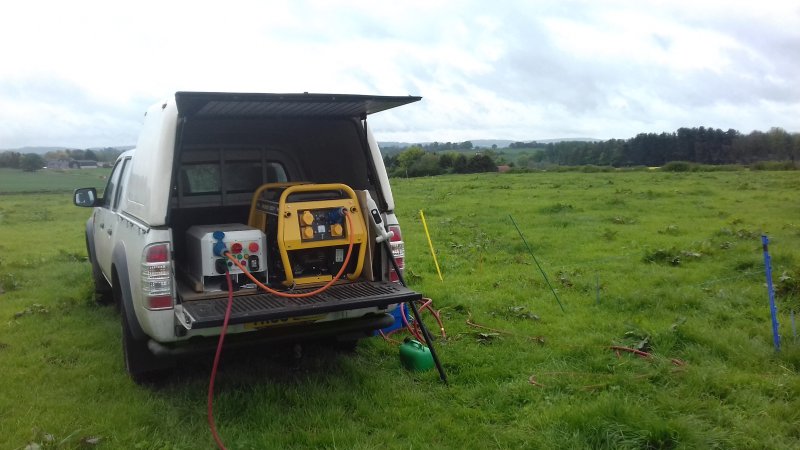 Stephen Jelley, Commercial Director for RootWave said: “Benefits of using electricity include the fact that the system is precise and only kills the docks, or plants it touches.

“It is sustainable, residue-free, efficient and does not disturb the soil.”

There are few clover-safe options for dock herbicide sprays, therefore this technology has potential for both organic and conventional systems.

Current prices make the machine unviable for smaller farms to buy. However, it could be more viable if contracted in.

It is early days for this technology and as with anything new, developments will lead to greater effectiveness and a reduction in price.

“This unique method of dock control has great potential for both organic and conventional farmers,” said Will John, ADAS, the Innovation Broker for the project.

“The technology is scalable and larger tractor based electrical weeders could be used in a variety of different farm situations.”

The trials will continue in 2020 where some adjustments will be made to the timings of the treatments and replications.