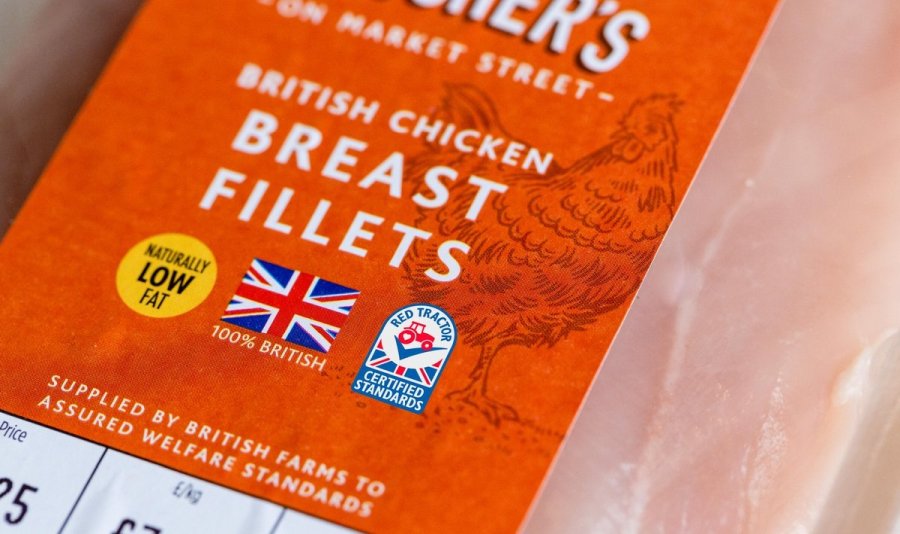 The vast majority of the public trust UK-produced food as much as they trust the NHS, according to a new Red Tractor survey, while confidence is rock bottom for US and Chinese food imports.

The UK’s first 'Trust in Food' Index has been published, highlighting major differences in British attitudes to global food and food bought within the UK.

The research, conducted by YouGov with over 3,500 adults across the country, found the public believes that the UK’s food is safe, traceable and good quality.

British consumers trust UK food significantly more than the police, judicial services, and other daily essentials and utilities, such as gas and electricity, the survey shows.

Significantly, while the vast majority (84%) of UK consumers trust food from Britain, levels of trust in food from outside the country vary wildly.

One of the main reasons behind the public’s confidence in British food is an implicit trust in the systems of regulation and assurance that exist in the UK.

Half (48%) of those surveyed refer to high standards and regulations as the reason they trust food in the UK.

Respondents also feel that inspection and assurance schemes such as British Lion and Red Tractor (70%) play a greater role than the government (64%) in ensuring that the UK’s food is safe and of good quality.

Outside of the UK, levels of trust in food from the EU remain high. This is especially the case for food produced in Ireland, which tops the table as the most trusted exporter of food to the UK.

After Ireland, the major western EU countries are all trusted similarly, and more highly that the rest of the world. Poland is the outlier, with much lower levels of trust.

Of the rest of the world, New Zealand is the most trusted, followed by other major Commonwealth nations – Canada and Australia, likely reflecting close cultural and social ties.

The US is comparatively little trusted – only 25% – alongside Kenya and Brazil. China is the least trusted (11%) of all the countries respondents were asked about.

Christine Tacon, chairperson of Red Tractor, used the report's launch to call on the government to protect British food and farming standards amid post-Brexit trade negotiations.

"By far the biggest reason why people trust food here in the UK is the strength of our food standards and our independent assurance schemes," she said.

“What that tells us is that if we want to maintain trust in UK food over the coming years, the most important thing isn’t what trade deals we sign with other countries.

"It’s whether we keep backing our food standards regime, led by the Food Standards Agency, and supported by the many food assurance schemes which have been established over the past twenty years.”

“It is important that the public's confidence is maintained, which is why our farming sector must have the full support of the government in upholding the highest standards.

"As the government looks to introduce its new, more environmentally-focussed system of financial support for farmers, it is important that this agricultural transition does not present farmers with a choice between financial stability and high standards."