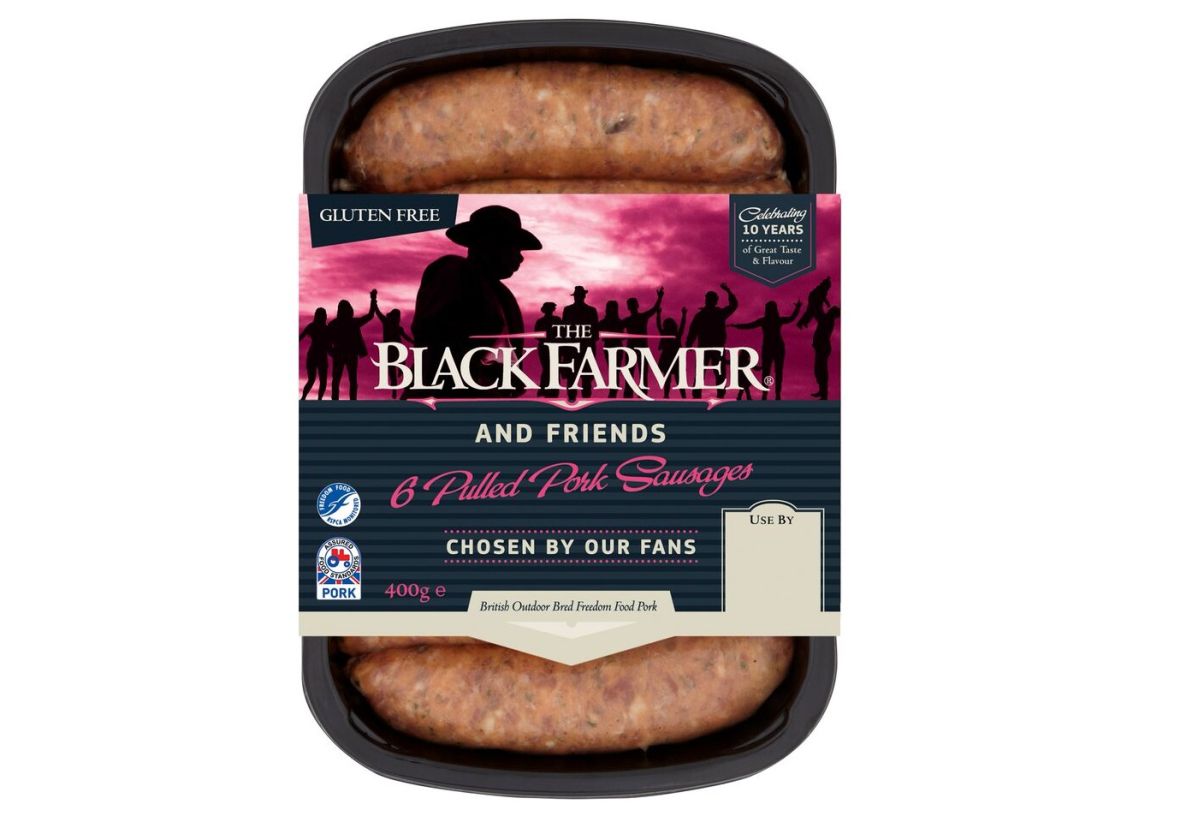 In a recent poll on Facebook, The Black Farmer asked its fans to choose its next new flavour – and Pulled Pork romped home with over 40% of the vote.

Available in Sainsbury’s, Co-Op and Budgens stores, this unique gluten free sausage flavour hit the market at a time when pulled pork is finding enormous favour with consumers – and it has been a huge success.

“Pulled pork is very much the product of the moment, and The Black Farmer is the first to combine it in a sausage. The flavour is outstanding, and very, very moreish,” comments Wilfred Emmanuel-Jones, founder, The Black Farmer.

History of The Black Farmer

Wilfred Emmanuel-Jones, aka the Black Farmer, was born in Frankfield, Clarendon, Jamaica. He came to the UK at the age of four and was raised in Small Heath, inner city Birmingham. He left school without gaining any qualifications.

For a number of years Wilfred worked as a chef, before pursuing a career in the BBC, becoming a producer/director mainly working on food and drink programmes. He is credited with bringing many of the top celebrity chefs to the small screen including Gordon Ramsay, Antony Worrall-Thompson, Brian Turner and James Martin.

In 1994 during the last recession he founded a food and drink marketing agency in London which went on to launch and run successful marketing campaigns for innovative brands including Loyd Grossman sauces, KETTLE Chips, Plymouth Gin, and Cobra Beer.

In 2000 Wilfred bought a small farm on the Devon/Cornwall border, and eleven years ago launched The Black Farmer gluten free food brand whose products are now available in all major multiple retailers. The brand markets award winning gluten free sausages – now the leading super premium sausage brand in the UK – as well as bacon, burgers, meatballs, chicken, eggs and cheese. In September 2009 he launched his first The Black Farmer Cookbook published by Simon & Schuster.

Wilfred is a classic entrepreneur and has an “anything is possible” attitude to everything he approaches.

He was awarded an Honorary Doctorate of Marketing by Plymouth University in Devon, UK in 2012.

He is a business mentor and regularly gives motivational talks to young entrepreneurs.