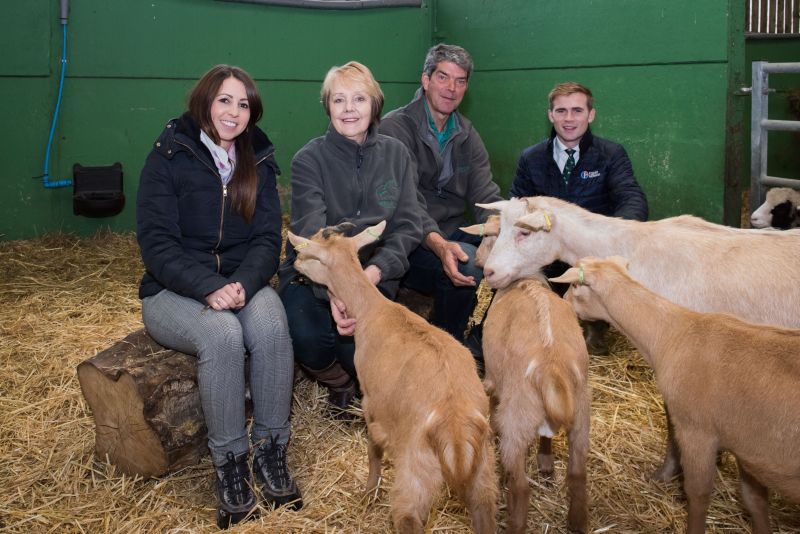 Green Dragon Eco Farm in Buckinghamshire is on the market for £1.3m

A rare-breed eco-farm in Buckinghamshire featuring a wide array of livestock is set to go on sale for £1.3 million.

The Green Dragon Eco Farm in Hogshaw, near Aylesbury, is being put on the market by property agents Fisher German after founder Ray Marzec decided to sell up.

Ray had wanted to open an eco-farm after watching a news report on the Rare Breeds Survival Trust back in the 1970s when he was a teenager.

The dream became a reality when he bought the 43-acre farm in 2002, and set about converting three of the old barns into homes to fund the enterprise.

His partner, Lesley Maddox, joined the project in 2013. With her help, Ray’s vision to create an environmentally-friendly farm came true in October 2014, when the farm’s Eco Centre opened to the public.

Six months later the farm opened its doors and visitors were able to encounter rare breed livestock and small pets.

Since then they have been joined by exotic pets and native wildlife that include reindeer, wallabies, chameleons, owls and red squirrels, attracting thousands of visitors a year.

The farm features renewable energy and waste water systems including a biomass boiler and thermal store, as well as a café, shop and events space and regularly attract school and educational visits.

But Ray and Lesley are now ready for a new challenge and are keen to hand the farm to someone who shares their vision from all those years ago and will continue to drive the business forward.

Ray said: “Whoever buys this farm, their life will change, and change for the better. This is an amazing opportunity for someone with plenty of ambition.

“I really hope the buyer will purchase the property and take on the business as a going concern - this was my dream for a long time and I’d love to see the farm run with the same kind of passion in the future.”

Ray is also hoping to secure planning permission to build a four bedroom bungalow on the site, making the site more attractive to buyers.

William Jones, a surveyor in the rural team at Fisher German, said: “It’s not very often a rare-breed farm of this scale goes on the market.

“This exceptional farm is perfect for someone who truly loves animals and the environment, and wants to throw themselves into an exciting new venture.

“Clearly this is a niche enterprise – but we feel it will have considerable appeal.”