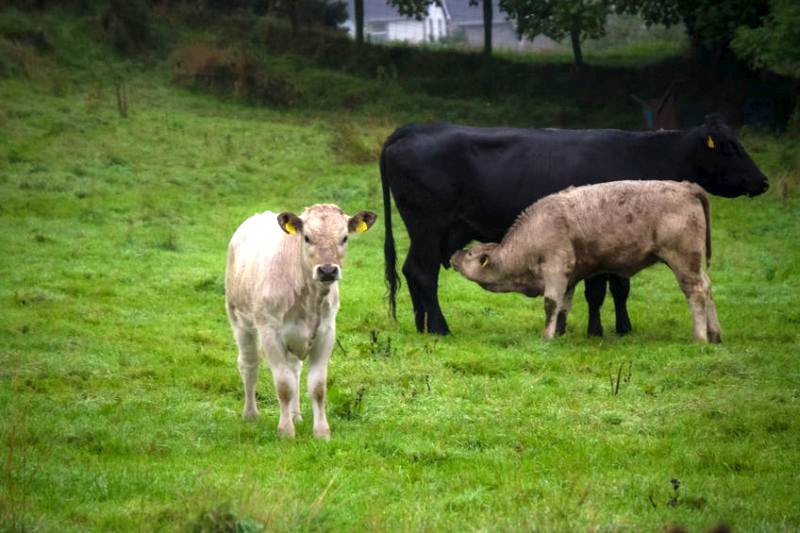 A beef farm has added more than £100 a head to income from suckler bull calves by finishing them intensively at 13 months instead of selling as stores.

Pressure from bovine TB movement restrictions forced Huw and Meinir Jones to review how they reared and sold progeny from their 80-cow herd at Bryn Farm, near Cardigan.

They farm in a High Risk TB area and the associated risk of a potential disease breakdown gave uncertainty to producing for the store cattle market.

The couple have been working with independent beef and sheep specialist Dr Liz Genever on a project to intensively rear 15 bull calves.

The spring-born bulls were left entire and introduced to a mix of bought-in feed and home-grown oats and rolled barley in November 2019.

Compared to the £13,980 these animals would have netted as stores, with the value of straw sold and feed consumed accounted for, the Jones’ captured an additional £1,600 by rearing them as bulls.

During a Farming Connect webinar, Dr Genever said the project had flagged up the value in introducing bulls that are being intensively reared to feed earlier, while they are still at grass: “Creep is very easily justifiable in these systems," she said.

At Bryn Farm, bulls received 1.2 tonne per head of feed compared to the industry target of 1.7t/head.

This resulted in an average liveweight at slaughter of 620kg and an average carcass weight of 344kg, with a killing-out percentage of 55%.

These were all slightly lower than industry targets but margins were still positive and 93% of the carcases met abattoir specifications, said Dr Genever.

She advised beef farmers to work with their processor if they are considering supplying the bull beef market.

“The challenge with young bulls is that some processors have limited markets for them, Bryn Farm’s processor wanted them when they were over 600kg liveweight," she said.

Of the 75 calves born at Bryn Farm in spring 2020, 34 are bulls. The Jones’s will introduce these to a ration earlier this year, once breeding bulls are removed from the herd.

“They will achieve maximum feed conversion when they are younger," said Dr Genever. For every 4kg of creep fed from four months, calves should gain 1kg liveweight.

Compared to the £620 the Jones’s would have gained from selling this additional grain, liveweight gain will be worth £1,998, Dr Genever calculated.

Bulls could also be sold 21 days earlier, resulting in a feed cost saving at housing of £1.50/head/day.