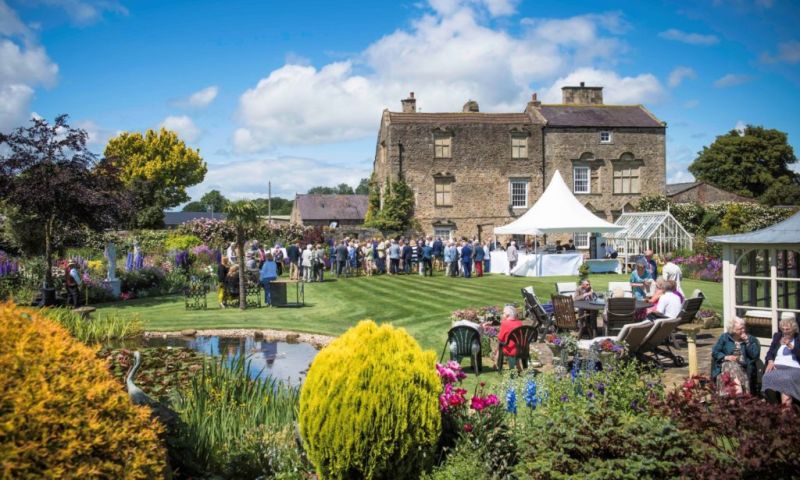 A charity event held in County Durham has raised a record-breaking £32,000 for farming charity RABI.

Big-hearted volunteers in Darlington organised a lunch for the rural charity, which offers grants to farmers in need of financial help.

It’s the largest amount generated by any single RABI fundraiser this year – across the whole of England and Wales – and the most raised by a single charity fundraising event since 2013.

The lunch was held in a marquee in the gardens of Grade I listed building Thornton Hall, built in 1550.

Some 480 people attended the lunch and a ‘golden ticket’ raffle brought in around £5,000.

A live auction generated a further £11,630 and a silent auction made approximately £3,720.

“The tickets sold out within a fortnight and there was a waiting list for cancellations,” explained Sally Conner, RABI regional manager for the North East.

“Raffle tickets sold out in half-an-hour and the party carried on late into the evening.

“I’m so proud of everyone who was involved in this event, including voluntary members of our hardworking Durham committee. To raise more than £32,000 through a lunch is simply incredible.”

Tim Sedgewick, chair of the Durham committee, said: “This was an event that is unprecedented for our committee.

“Our aim was to be able to support the local farming community should the occasion occur, and I can truly say that we have succeeded.”

Sponsorship is vital to ensuring that as much money as possible goes directly to RABI.

The charity has provided much-needed support for many agricultural families over the years.