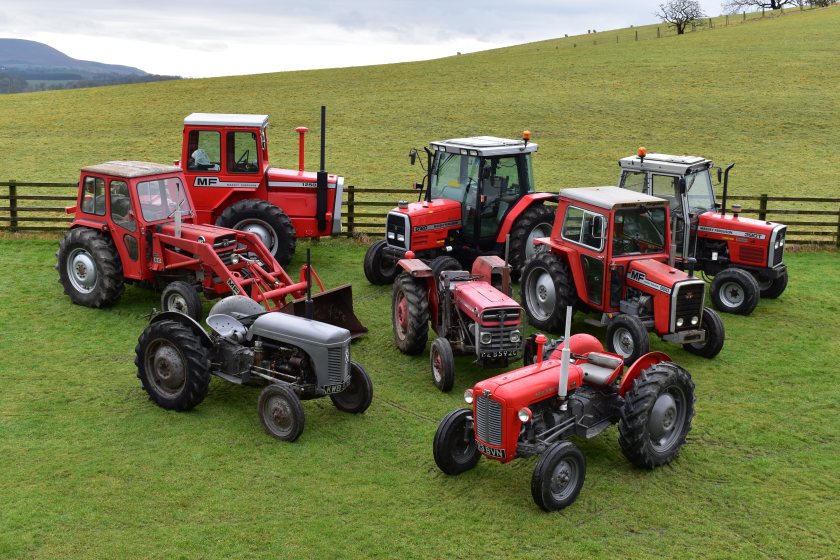 An 'epic' on-site sale of over 40 classic and vintage Massey Ferguson tractors and implements took place over the weekend at Skipton.

Oliver Godfrey, head of the machinery at Cheffins, said the Alan Bancroft sale was 'one of epic proportions' for Massey Ferguson collectors.

"Alan’s sale included a number of tractors bought through us in the past, which came together to create a stunning collection and exciting sale day.

"Collections of this calibre rarely come to the market and understandably pre-sale interest was huge, with the online catalogue alone seeing over 55,000 views.”

"He is a tenacious collector, scouring the length and breadth of the country sourcing only the finest examples manufactured by Massey Ferguson, and this translated into a number of record prices achieved at the sale.”