Report calls on government to embrace organic farming after Brexit 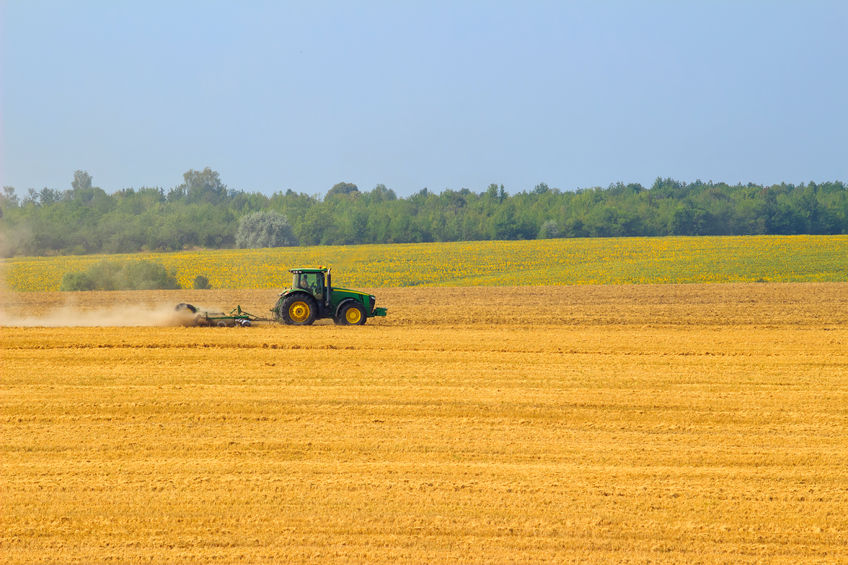 'This the perfect opportunity for Government to recognise the role organic can play in delivering those goods', the report states
Sign in to add your own press release SIGN IN Register

A new report has called on the Government to embrace organic farming in the wake of the United Kingdom's withdrawal from the European Union.

The report, which has been produced by the organic certification body OF&G (Organic Farmers and Growers) has seized on Environment Secretary Michael Gove's announcement in January.

Mr Gove said that he wanted to create a post-Brexit farming support scheme that encouraged farmers to protect the environment. OF&G says that organic farming is the ideal solution.

“Defra minister Michael Gove has said that he wants to embrace change in order to secure a more sustainable future for the environment, which will include support for those who farm in the most sustainable way," said OF&G chief executive Roger Kerr.

“This the perfect opportunity for Government to recognise the role organic can play in delivering those goods," he said.

In a speech at the Oxford Farming Conference in January, Michael Gove said he wanted to see the Government deliver a "green Brexit" for the UK.

He said the European Union's Common Agricultural Policy was designed for another world.

“Paying landowners for the amount of agricultural land they have is unjust, inefficient and drives perverse outcomes,” he said.

The Environment Secretary said the UK would replace the existing Basic Payments of the EU with a series of support payments for what he described as "public goods."

He said: "The principal public good we will invest in is, of course, environmental enhancement."

The new report produced by OF&G, which is entitled 'An Organic Systems Approach to the Provision of Public Goods', responds by calling on the Government to properly recognise the public benefits offered by organic agriculture.

The report's authors say in their publication: “We believe that there are inherent advantages that Government could exploit by investing in an organic systems approach to provide the public goods that both the environment and society urgently requires.”

They say: “Organic farming and food is an intrinsically agro-ecological system, where the production and processing standards are consistent with living within planetary boundaries.

“In terms of public goods, it already internalises some of the most important external costs associated with non-organic food and farming.”

They say: “Such a policy initiative would provide a space for new environmentally benign and innovative rural strategies to flourish, building on the untapped entrepreneurial vigour amongst agro-ecologically oriented farmers and meeting the needs of like-minded food consumers and citizens.

“It could, thereby, provide a viable approach to food and farming that works in partnership with an increasingly environmentally aware and ethically engaged population.

“It could be a test bed for a more resilient food system that operates within a thriving countryside, with rich bio-diversity and using animal welfare friendly production methods.”

OF&G refers to an “awakening of interest” in organic and agro-ecological production.

The Soil Association has just released figures showing that organic sales were up by six per cent in 2017 compared to the previous year.

It says the UK organic market is now worth more than ever at £2.2 billion. The organic market has been steadily growing for the last six years, according to the Soil Association report.

The OF&G report says that the Department for Environment, Food and Rural Affairs (Defra) is currently undertaking in depth analysis of post-Brexit policy options.

In 'An Organic Systems Approach to the Provision of Public Goods', OF&G says, "The development of a ‘pilot scheme’ that effectively rewards organic production for the ‘system level’ benefits it provides would be a landmark initiative and be in line with developments in devolved nations, elsewhere in Europe and around the world."

The report - a policy paper that it hopes to help inform and shape the debate about the future of food and farming - says the development of a new UK domestic agricultural policy provides the chance to address "systematic failures in the food system which have led to a decline in soils, bio-diversity and water quality."

OF&G says: "By recognising those farming systems which provide clear and substantiated benefits to the public, the Government has the opportunity to create a robust food system which offers long-term benefits."

Combining modern techniques with traditional farming practices through organic farming could offer numerous benefits to the public, it says.

As well as maintaining the long-term fertility of soils, it could protect bio-diversity, preserve water quality and maintain high animal welfare at the same time as producing high quality, safe and nutritious foods.

So far, organic farming has had to bear much of the cost of providing public goods, says the report.

If organic production was properly rewarded for the multiple public goods it offered, then organic food would potentially be more accessible to all.

The paper sets out a number of issues OF&G believes the Government needs to consider if it is to create a future-proof, productive and profitable farming system. It calls for:

• organic agriculture to be recognised as a distinct farming system, which offers multiple, simultaneous benefits;

• the delivery of these public goods to be recognised and adequately rewarded - costs should not be passed onto organic consumers;

“We need a systematic, regenerative approach to food production which addresses all of these challenges, and recognises and values those who are embracing that approach.”

Michael Gove has said that the Government would outline more details about its proposals in a Spring paper ahead of a consultation period.

He said he envisaged a transition period to help farmers move from the current system.