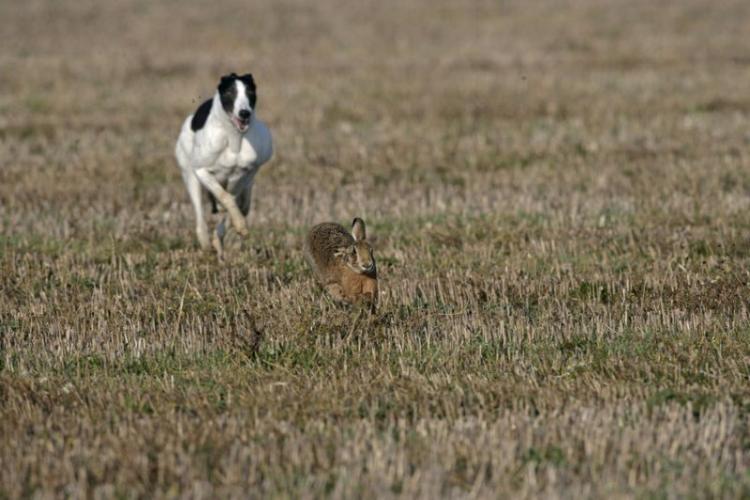 In North Yorkshire alone, police were called to deal with 115 incidents of poaching in January 2020

Two suspected poachers were stopped and their high-powered lamps seized thanks to a voluntary crime watch group in North Yorkshire.

Local residents spotted men on land near Appletreewick in Craven, just after midnight in the early hours of Friday 24 July.

They reported men in a silver Toyota RAV4 with dogs, shining a red torch onto farmland.

Officers on patrol nearby responded immediately, arriving in the rural location within 15 minutes.

The two men were stopped and searched. A dead hare was located, and battery-powered red lamps were seized as evidence. Further police enquiries are ongoing.

Hare coursing can result in damage to crops, livestock and field gates, and those behind the crimes leave farmers and landowners intimidated and fearful.

In North Yorkshire alone, police were called to deal with 115 incidents of poaching in January 2020, 77 incidents in February, 53 in March and 52 in April.

Mobile Rural Watch groups are made up of farmers, landowners, gamekeepers, rural business and estate owners, as well as anyone who lives or works in a rural area.

They support North Yorkshire Police’s Neighbourhood Policing Teams and Rural Taskforce, acting as the 'eyes and ears' of the police in the fight against countryside crime.

The groups communicate with each other via phone and WhatsApp, supported by North Yorkshire Police officers and PCSOs.

There are now 25 such groups, representing more than 1,000 members of the public right across the county.