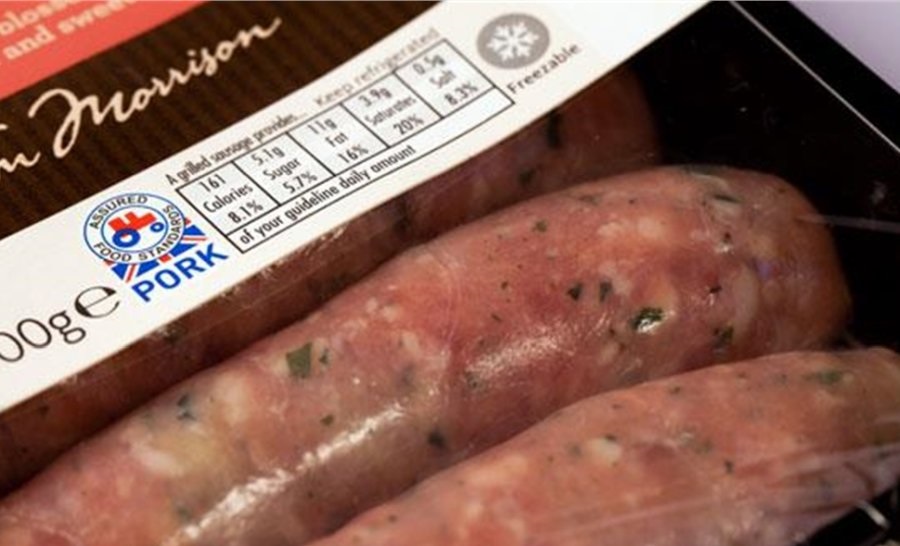 A new survey has highlighted the increased interest in British pork since the start of the Covid-19 lockdown (Photo: Red Tractor Assurance)

The first Porkwatch survey since the start of the lockdown has highlighted a general increase in the proportion of British pork products on retailers’ shelves.

The May AHDB survey of the biggest UK retailers showed 79% of fresh pork on display was British, compared with 78% in January, the last available survey.

The National Pig Association (NPA) said the figures highlighted how the UK pork sector had been able to respond to the overnight shift in demand patterns during the crisis.

The survey shows that the proportion of British bacon on retail display increased from 43% in January to 50%, just above May 2019.

British sausages increased to 88 percent, compared with 85% in January and 86% a year ago. The overall proportion of ham rose from 62% in January to 66% in May.

In the 12 weeks to May 7, total pig meat sales increased by 14% in volume and 22% in value, with sausages and bacon seeing the biggest overall growth, Kantar data shows.

Waitrose, Marks & Spencer and the Co-op led the way, all at or close to 100% on all categories.

Asda, although it lags well behind its competitors in the survey, did record notable increases in May on bacon, up from 24% in January to 35%, and ham, up to 30% from just 22% in January, with its British sausage facings also up.

The figures for Tesco show a continuous downward trend for British fresh pork on display, from 72% in May 2019 to 58% a year later.

Iceland is, by some distance, bottom of the pile when it comes to displaying British products – just 35% of its fresh pork and 11% of its bacon was British.

However, she said: “Tesco’s decline in fresh British is worrying and Iceland certainly has a lot work to do to show its support for the British pork sector.”

The survey covers all fresh, pre-packed pork. It measures the number of product facings found in store and so will differ from sales volumes.