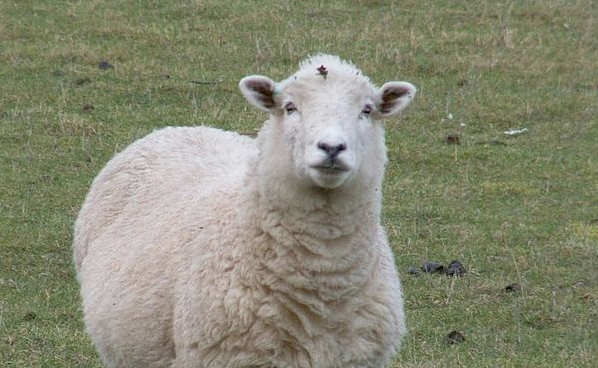 The National Sheep Association has claimed supermarkets are not stocking UK lamb as it is 'out of season' and instead opting for New Zealand meat.

The association said it was a 'bitter blow' for sheep farmers at a time when many are not receiving financial returns to cover the cost of production.

Farmers are losing £29 on average for every lamb they sell at market after new figures revealed farm gate prices have dropped by a fifth in the past year.

Lamb prices are at their lowest in three years due to a poor summer, rising production costs and a longer finishing period.

"Given that New Zealand lamb on supermarket shelves is not as cheap as it has been historically, a better pricing structure in supermarkets, a wider selection of UK cuts and better presentation on the shelf would all benefit shoppers and farmers alike" the NSA said.

But Sainsbury's pledged to increase the amount it pays for lamb until the end of February at more than 60p/kg above the market rate.

The news came after several farming groups called on retailers to show a 'genuine commitment' to their British suppliers and customers.

More than 800 farmers who supply Sainsbury's own brands will receive £3.80/kg for lamb, in a move that will ease the burden on some already hard-pressed farmers struggling with the collapse in the price of lamb.

"The weather last summer and autumn resulted in lambs growing far slower than normal and this has delayed the normal seasonal peak of production by six to eight weeks" he said.

"Unfortunately this peak then clashed with New Zealand imports, which has led to a severe fall in prices. In an ideal world the result would be a drop in shelf price which would stimulate more demand with the price balancing itself out, but the realities of our markets mean that this is not happening."

"While the UK always sees a seasonal peak and trough of numbers of lambs marketed, the nature of our farms means there is never a time when UK lamb is out of season."

"Across the UK we have a varied climate which results in earlier and later lambing and this in itself spreads the supply of lambs. In addition, when you consider the close relationship between sheep farming and our iconic landscapes – our hills and uplands, downland, lowland meadows and coastal marshes – and the diversity of breeds they support, it is easy to see why quality lamb is available all year round."

"We know the public value our countryside and landscape and by choosing UK lamb we can all do our bit to make sure we support the farmers who are keeping it in a condition for us to enjoy."

Sercombe said farmers were working hard to stay on top of a 'really tough situation'.

"Demand from consumers has also remained strong, so what’s happening; where is the money going?"

"I want to see a thriving British lamb sector, crucial if we are to attract young people to work in our industry, so retailers have to start working more closely with their British lamb supply base to help meet some of the challenges being faced. And we need our customers - the consumer - to reap some of the benefit too."

With the EU promising to agree a CAP reform package in the coming months the groups representing farmers also stressed the importance of ensuing a fair deal to support British farmers.