Retailers urged to back British pig producers as crisis continues 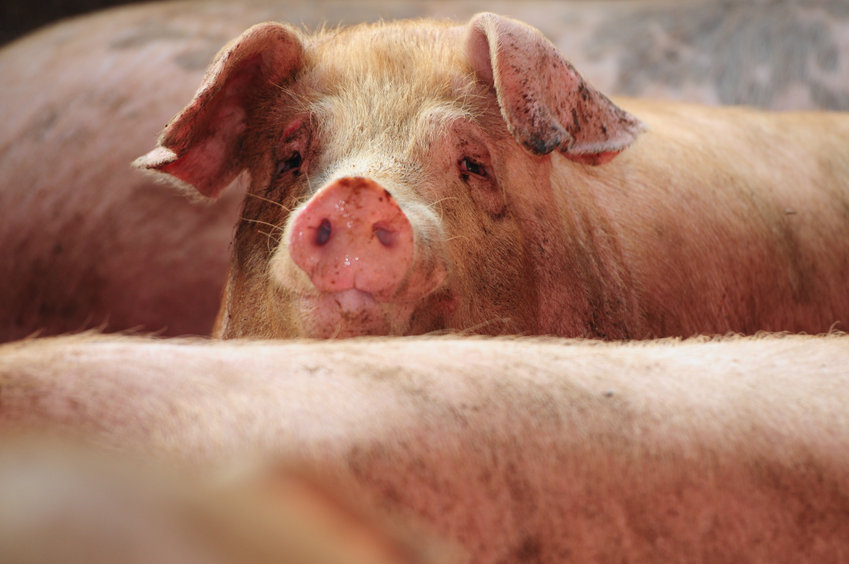 Pig producers are now seeing a backlog of well over 100,000 pigs on farms as the crisis continues

British retailers are being urged by pig producers to prioritise domestic pork to help resolve the current supply chain crisis impacting the sector.

The National Pig Association's (NPA) open letter has been sent to supermarket chains asking for more support to help the beleaguered sector.

According to the trade body's estimates, farmers are now seeing a backlog of well over 100,000 pigs on farms, with many producers quickly running out of space and many more at or close to the limit.

The NPA's letter said the industry needed more help to resolve the crisis, and for UK retailers not to instead turn to importing cheaper meat from the EU.

The letter highlights the issues importing cheaper meat is having on the current labour shortage in processing plants across the country.

NPA Chairman Rob Mutimer explained that highly processed products such as gammons needed for Christmas had diverted essential butchery staff resource away from that required for British pigs.

"We have also seen other products that require no butchery being imported and prioritised over more labour-intensive British products, simply to keep the supermarket shelves full," he said.

"These two issues combined have resulted in a slowing down of the throughput of British pigs through plants, which is adding to the already severe backlog."

Mr Mutimer also said that some retailers, who had to date been supportive of British supply chains, were now considering buying EU pork because 'it is much cheaper'.

"This would make our situation so much worse to the point that many more pig producers, in addition to those responsible for the 27,500 sows we already know about, would have no choice but to exit the industry."

It comes as the government has been urged to extend its offer of short-term visas to butchery workers to help avert the collapse of the British pig sector.

Last week, Defra announced that up to 5,500 poultry workers will be able to work in the UK ahead of Christmas, delivered through the Temporary Workers route.

This followed the Department for Transport’s announcement that up to 5,000 drivers will be able to come to the UK to transport food and fuel in the run up to Christmas.

But there were no measures for the pig sector, despite repeated requests from processors and the industry for short-term visas, as a welfare cull on farms looms ever larger due to a chronic shortage of butchers in pork plants.

The NPA's chief executive Zoe Davies said: “We desperately need those visas, even for a short period of time to help us get rid of the backlog.

"This is not just about saving Christmas, which seems to be the government’s sole focus, but about protecting pig welfare and averting an environmental disaster.

“If we don’t get the help we need, it is true that consumers will be denied their Christmas favourites, like pigs in blankets.

"But we are also facing the long-term decline of British pig production and we need the government to wake up to this now.”