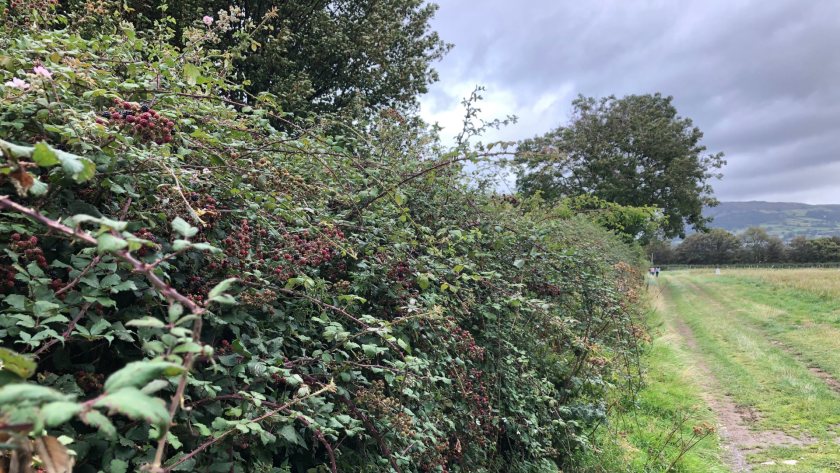 By trimming hedges less often and less severely, habitat for wildlife will improve, and livestock will also see benefits

Farmers have been encouraged to rethink hedge trimming policies to better protect biodiversity, as well as give a boost for livestock.

By trimming hedges less often and less severely, habitat for wildlife will not only be improved, but will also provide shelter and shade for cattle and sheep.

This is according to Geraint Jones, technical forestry officer at Farming Connect, who spoke to farmers at a recent biodiversity webinar.

He said there were many changes that could be accommodated on farms that would also work for the benefit of farmers themselves.

Allowing hedgerows and shelterbelts to increase in volume would improve structure, he said, and could help towards a suggested target of a 10% biodiversity net gain.

Mr Jones went on to urge farmers to "have that conversation" with their hedge-trimming contractors.

“There is often no conversation between farmers and their hedge-cutting contractors, and the farmers are happy to let the contractors take the lead on a cutting regime that is replicated year to year.

“However in future, with clear emphasis on improving biodiversity, they need to identify objectives, plan the change and relay that in a conversation with their contractors.’’

The webinar saw examples of what benefits could be gained, in a series of images from three Farming Connect demonstration sites.

The majority of hedgerows surveyed were wide, tall and provided excellent wildlife habitat, as well as shelter for livestock during inclement weather, and shade in hot temperatures.

The farms are commercial dairy or beef and sheep farms, with mostly agriculturally improved grassland and arable land.

However, each farm has several features that are havens for wildlife, including woodlands, watercourses and extensive networks of hedges.

Farming Connect had commissioned the Farming and Wildlife Advisory Group, Cymru (FWAG Cymru) to carry out environmental audits on all three farms - Graig Olway at Usk, Mountjoy near Haverfordwest, and Pentre near Ruthin.

FWAG Cymru’s director Glenda Thomas, a speaker at the webinar, said a feature on all three were wide hedges.

She called these 'really impressive habitats', with songbirds, butterflies, bees and a host of other insects and flowering plants within and alongside them.

“Other excellent habitats on all three farms were a variety of broadleaved woodlands ranging in size from tiny copses to substantial areas, the largest over 3.5 hectares in size," she said.

Water features, including major rivers, streams, ditches and ponds, were prominent on each farm.

These had an abundance of aquatic life, with a variety of flowering plants and trees also growing along the banks.

At Pentre, implementing a system of rotational grazing through its work as a demonstration site had resulted in an unexpected benefit to hedges.

“Now that the fields are sub-divided into paddocks and the sheep are not in entire fields for longer periods, the hedges are having a chance to grow," said Dr Thomas.

Sheep and cattle, she said, were both excellent management tools for some habitats, with a noticeable difference in the hedge densities nearer ground level when cattle only grazed the land.

“Cattle are much appreciated in terms of habitat management, with their grazing method valuable in the control of coarser vegetation, so allowing more delicate plants to thrive," she said.

Hedges alongside the fields used to grow arable and fodder crops also flourished on the farms surveyed, and flora thrived within the hedge banks, due to the absence of grazing pressure during the growing season.