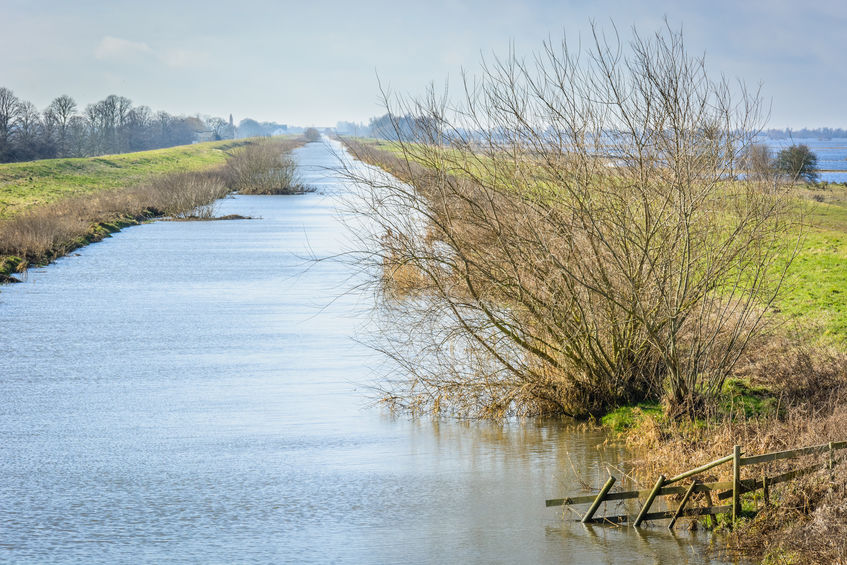 The farming industry's role in flood management must be properly valued, the NFU says

Farmers should be 'properly rewarded' for their role in nature-based solutions to flooding, the NFU has said after the release of the long-awaited strategy for tackling floods.

The government has announced that billions of pounds worth of investment will be directed to tackling flooding in England, with an emphasis on natural solutions.

This fresh approach will mean more money spent on environmental measures to counter floods, such as capturing water on fields.

The government has also recognised the role of farmers in managing floods, as well as the importance of an integrated water management strategy.

But the NFU says the responsibility to carry out and recover from natural flood solutions, such as intentionally flooding farmland, cannot 'lie solely with the farmer'.

The union added that it was concerned about the emphasis on nature-based solutions and the 'lack of detail' on how farmers would be supported to carry this out.

Deputy president Stuart Roberts said: "The onus must not solely fall on the farmer and appropriate support needs to be in place that accounts for the maintenance and liability of such schemes."

He added it was also concerning that the Environment Agency appeared to no longer consider flood defences to protect farmland as a sustainable part of its strategy.

"Many of these flood defences are deteriorating, unfortunately in part due to the lack of value the government has placed on maintaining them," Mr Roberts said.

"Our view is that these defences are a crucial part of an ambitious flood strategy and they warrant proper investment, alongside nature-based solutions.”

The NFU said it was currently developing its own flooding strategy to showcase how farmers can best improve their resilience to water-related risks.