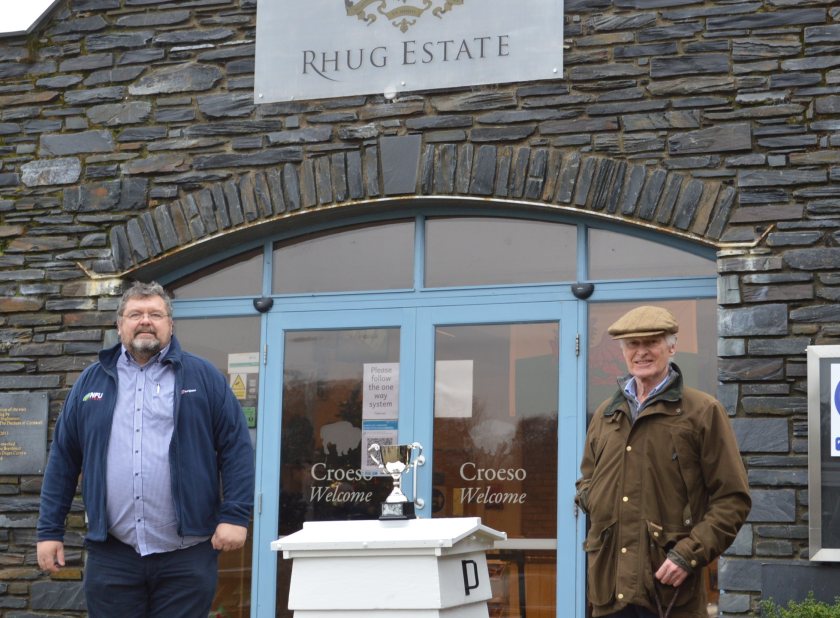 The owner of Rhug Estate in Denbighshire has been recognised for his 'lasting and positive impact' on agriculture in Wales.

Lord Newborough, owner of the estate, located near Corwen, has been announced the winner of NFU Cymru's Dafydd Jones Memorial Award.

At the heart of the 8,000-acre estate is a commitment to an organic and sustainable lifestyle.

Rhug Farm is self-contained and a true ‘field to plate’ operation applying some of the highest standards of agriculture.

The meat enterprise extends to two farms, and has grown over the past two decades.

Organic beef, lamb, chicken, deer, bison, turkey, goose, and game when in season, are reared on the farms.

Lord Newborough said he was 'truly honoured' to have been chosen for the award.

"It is particularly special this year as we have just celebrated our 20th anniversary of the farm being certified organic," he said.

"This has been a tough year for the business but work on the farm has continued regardless of the pandemic as we, like all farmers, have continued to produce food for the nation.”

The Dafydd Jones Memorial Award was created in 2019 in memory of Dafydd Jones, who was the union's Clwyd County Chairman in 2019.

He suddenly passed away after he battled with Myeloma throughout the previous 18 months.

"He has made an enormous contribution to the local economy and the organic farming industry over many years.

"His endeavour and dedication to his work sees him frequently travelling between Corwen, London, the middle and far east to meet customers face to face to explain the virtues of buying their meat from Wales.”