Robots and virtual fencing could be on British farms in 20 years time, report says 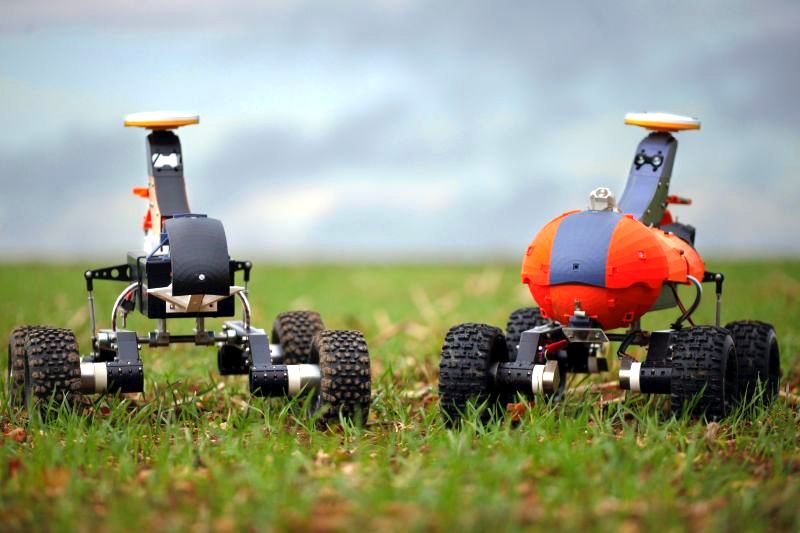 Over the next 20 years, the UK farming industry will undergo significant changes in policy, markets and consumer demand (Photo: Small Robot Company)

Robots, vertical farms and virtual fencing could soon be the farming of the future, according to a new report from the NFU.

The Future of Food 2040 report, to be officially launched at the NFU Conference on 19 February, looks into the future to explore what the landscape of British food and farming will look like in 20 years.

It highlights the importance of establishing a future domestic agricultural policy that enables the farming industry to increase its productivity in the future, which it says will be 'crucial for businesses to thrive in an increasingly volatile world'.

Three case studies showcase cutting-edge technologies which are already being developed to revolutionise the way farmers work by maximising productivity, data collection, precision and efficiency while benefitting the environment.

One of the case studies looks at how new technology could become commercially available offering alternative ways of controlling grazing livestock by keeping stock exactly where they are required using GPS and smartphone app developments.

Investigations into the practicalities of ‘virtual fencing’ by a team at Scotland’s Rural College (SRUC) suggest such technology could provide a way of overcoming the practical, cost and maintenance downsides of conventional or electric fences.

Work is also underway which focuses on developing robotic technology that can identify strawberries at the correct stage of ripeness.

Looking beyond Brexit to how the country will evolve socially, technologically and environmentally, the report delves into how changing trends will impact food production; what the public will be eating, how its bought as well as how food will be produced.

NFU head of policy services and author of the report Dr Andrea Graham said the report is a 'reminder' for government to put domestic food production as a' strategic priority in all policy making'.

“This includes a future domestic agricultural policy, which must enable farm businesses to take advantage of the many opportunities that will present themselves over the coming years,” she said.

“Farming is a progressive industry which is always looking ahead for new opportunities and developments, and over the next 20 years we will face potentially seismic changes in all aspects of society.

“An increase in the global population and the need to mitigate against climate change will provide opportunities for British food and farming to increase productivity and reduce its impact on the environment.”

2040 also marks the year that the NFU aims to reach its ambition of 'net zero emissions' agriculture by increasing productivity through the use of new technology and innovation.

Farmers have already called on government to support investment in new technologies to help in the fight against climate change.

Meanwhile, work is currently underway to develop technology that can tend to crops on a plant-by-plant basis or control the grazing of cattle without physical fences, and by 2040 this type of technology will be commonplace in farming, the report says.

Dr Graham added: “We will also see a significant shift in how businesses are managed as the world evolves and grows increasingly volatile. Risk management and business resilience are going to become ever more important. While 20 years may seem a long way away, planning for that future must start now.

“There are many possibilities for the future of farming, but one thing is certain; food is a fundamental part of life and British farmers will continue to put the public goods – including the provision of safe, quality and affordable home-grown food – at the heart of all they do,” she said.

Current agri-tech developments come at a time when the government has provided £90 million of public money to transform food production in order to be at the forefront of global advanced sustainable agriculture. Many other countries are also prioritising smart agri-tech.

This, combined with private investment from organisations including IBM, Barclays, and Microsoft, means that ‘Agriculture 4.0’ is underway, with technologies such as artificial intelligence and robotics increasingly being used in farming.

It is forecast that agricultural robots will become a $12bn industry by 2027.