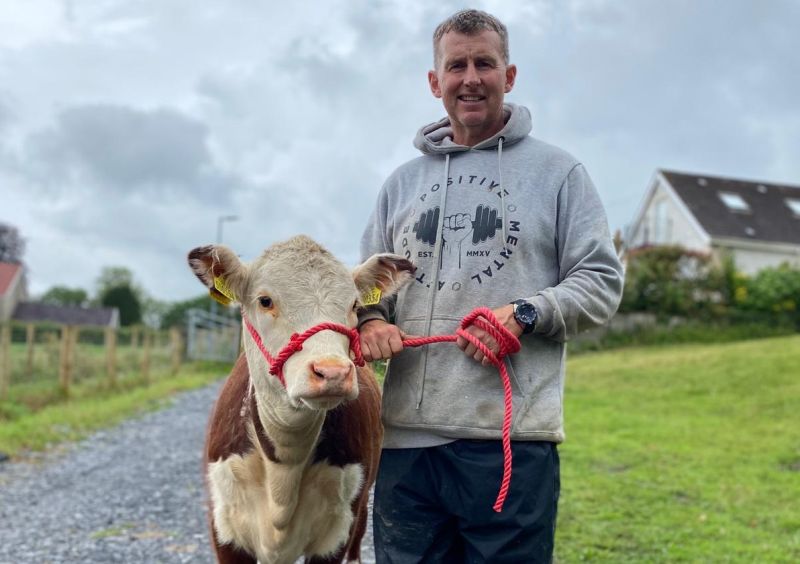 Farmers have voted to elect the rugby union referee Nigel Owens as the new president of the National Federation of Young Farmers’ Clubs.

The TV presenter and farmer was elected at the NFYFC's online Annual General Meeting (AGM) on 26 August following its postponement in April due to Covid-19.

Owens, from Carmarthenshire, is a Welsh international rugby union referee and a TV presenter on the S4C Welsh language chat shows.

In the 2016 Birthday Honours, he was appointed an MBE for services to sport, and is a fellow of Cardiff University.

Owens has also held the positions of secretary and chairman for Llanarthne YFC, and was also a former president of the Wales Federation of Young Farmers’ Clubs.

Before becoming a professional rugby union referee, he worked on a farm and also as a youth worker.

He recently rekindled his farming career and now combines rugby refereeing with running his own farm near Llanelli.

“I have been involved with the Welsh Federation for many years so it’s really exciting to now extend my experience to the wider organisation," Owens said.

“I am passionate about farming and see YFCs as an important stepping-stone for many young people to start or further their careers in this industry.

"YFCs have a challenging year ahead with the impact of the pandemic changing the way they operate but I hope my election will offer some encouragement and enthusiasm for clubs."

He said the lack of physical club meetings and the cancellation of rallies and county shows due to the pandemic would have a significant impact on mental health.

"I know from my own experience of growing up in a rural area, just how important YFCs are for providing connections and combatting feelings of isolation – this is needed now more than ever.”

Owens takes on the role of president following a three-year tenure in the post from Farming Today presenter Charlotte Smith.

NFYFC Chairman Dewi Parry said: “Nigel’s farming connections and his personal experience of being a member of a Young Farmers’ Club make him the perfect choice for our organisation.

"Nigel’s impressive career should inspire others from rural backgrounds to strive to achieve their best and we are very much looking forward to working with him.”

Owens was elected during NFYFC's first-ever online AGM following the postponement of the event at Stoneleigh earlier in the year due to lockdown restrictions.