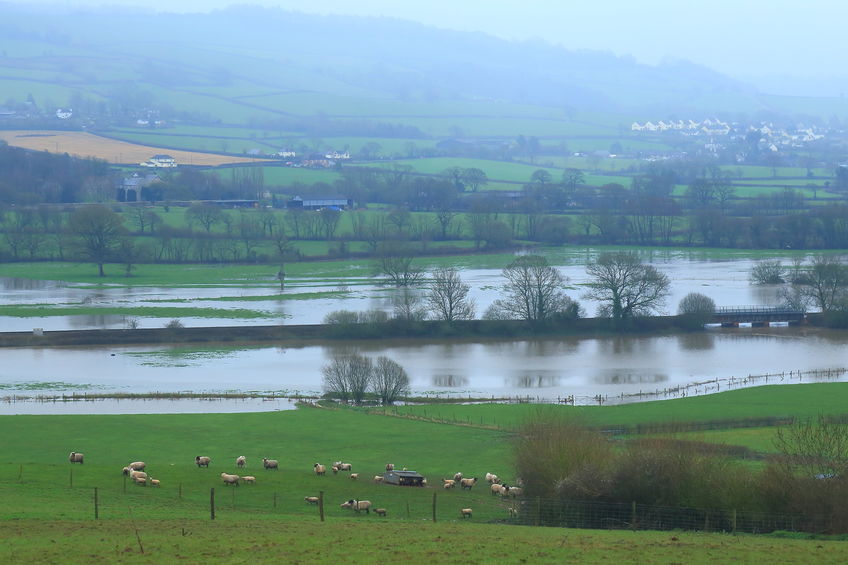 Storm Ciara battered the UK with rain and winds of more than 80mph on Sunday, causing widespread damage

Rural communities have been urged to brace for further chaos as flooding and fallen trees causes problems for many following Storm Ciara.

The UK has experienced its worst winter storm in years as much of the country was battered with heavy rain and widespread gales on Sunday (9 February).

Now forecasters say certain areas of the country could see blizzards and up to 20cm (8in) of snow.

Yellow weather warnings for snow, ice and wind are in force for large regions of the UK, the Met Office said.

The Environment Agency has put in place 167 flood warnings and 267 flood alerts across England as of Monday morning.

Rural insurer NFU Mutual has used this opportunity to urge people in the countryside to remain safe.

“From the reports we’re hearing from farmers today, this is the worst UK-wide storm to hit us for at least three years,” said Rebecca Davidson, the insurer's rural affairs specialist.

“Dozens of roads have been blocked by fallen trees in all parts of the UK - but so far the most worrying reports are about serious flooding in the North West, where heavy rain has fallen and rivers have already burst their banks.

“Farmers on high ground in the Lake District, Lancashire and North Yorkshire have had their farms flooded, putting livestock and property at risk.

“One farmer has even reported seeing their livestock trailer swept away from their farm yard by the flood waters,” she said.

NFU Mutual advises people to pay attention to the conditions and refrain from putting themselves and emergency services at risk by attempting anything dangerous.

“A times like these, there’s often a strong urge to go out in gales to try and do emergency repairs to roofs and pull vehicles clear of rising floods,” Ms Davidson said.

“Storm-force winds in rural areas can cause significant damage as farms and homes are situated on higher ground and less protected by other buildings.

“Rural areas can be prone to power cuts with lines brought down by high winds and fallen trees.”