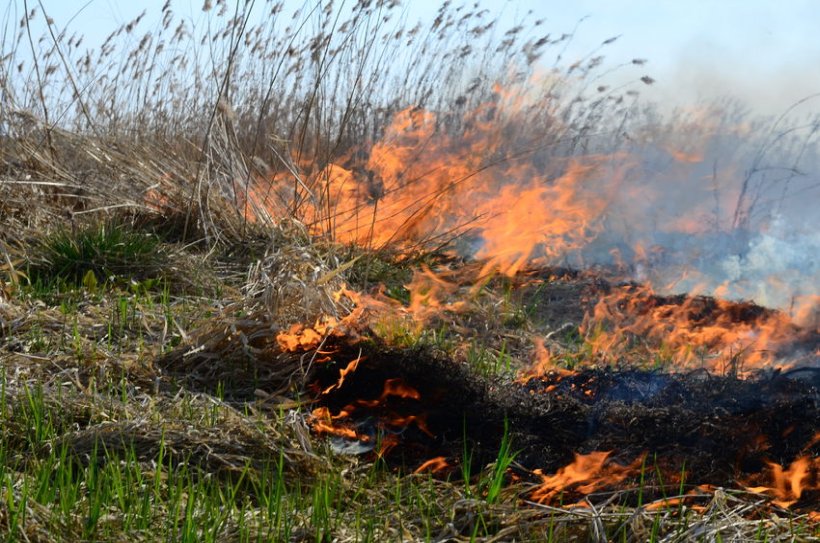 Campaigners say wildfires are not only damaging the countryside, but they are also threatening rural communities

An immediate ban is needed on the sale of disposable barbecues in an effort to prevent more wildfires damaging the countryside, rural campaigners say.

The call comes following a spike in wildfires breaking out across the country due to the prolonged hot weather and ultra-dry ground.

In response, Marks & Spencer announced that it had taken the 'precautionary step' of removing disposable barbecues from its shelves.

Now the Country Land and Business Association (CLA), which represents 28,000 farmers and rural businesses, is urging other supermarkets and retailers to do the same.

The rural group says wildfires are not only damaging the countryside, but they are also threatening rural communities.

CLA President, Mark Tufnell said: "The CLA is demanding that retailers immediately ban the sale of disposable barbecues across the UK this summer in a move to curb fires spreading in the countryside.

"[They] cause great damage to rural communities, businesses and jeopardise the safety of all those in the surrounding areas."

He added: "It is encouraging to see that Marks and Spencer has taken this decision, however it is now time for other major retailers to follow suit as soon as possible.

"We warmly welcome people to the countryside as they seek to enjoy the glorious weather. But we ask them to help us protect farmland by not lighting barbecues, fires and other potentially hazardous materials such as sky lanterns."

Weeks of unusually dry weather have put the UK countryside at high risk of fires which could be started by careless visitors, NFU Mutual warned recently.

Rebecca Davidson, rural affairs specialist, said: “A dropped match or smouldering barbecue is all that’s needed to start a serious fire in our fields and forests.

“With more hot weather forecast, as many people are heading to the countryside, we’re urging visitors to take care to avoid starting a fire.

"All too often, disposable barbecues, which seem to have gone out, smoulder for hours and start fires which can engulf acres of growing crops and wildlife habitats."