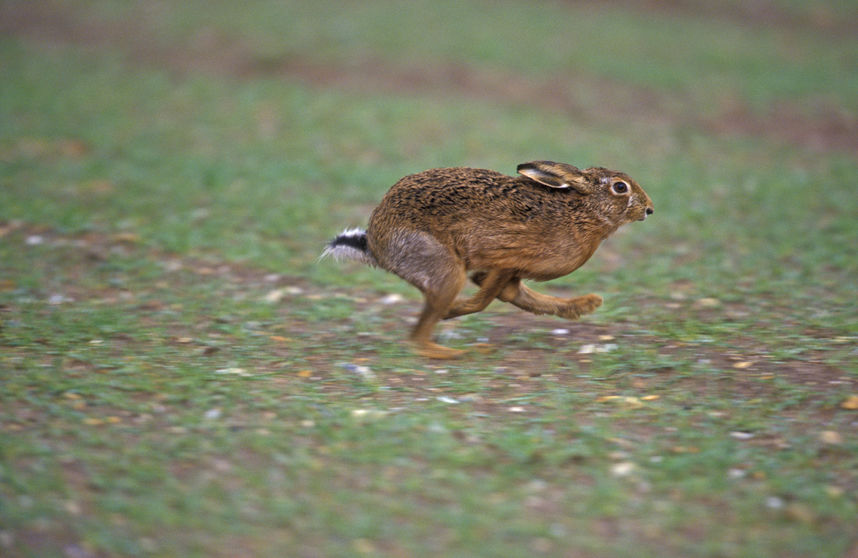 Rural campaigners have criticised the government's 'lack of action' over illegal hare poaching after a Bill amendment which sought to speed up tackling the growing problem was not accepted.

The Police, Crime, Sentencing and Courts Bill, currently being considered in parliament, had been seen by rural groups as the ideal vehicle to make legal changes and help the police and courts tackle the scourge of hare poaching in the countryside.

Amendments to the Bill had been tabled by a group of sympathetic peers, headed by the Lord Bishop of St Albans, which sought to increase penalties, allow the courts to disqualify offenders from owning dogs and allow the police to recover kennelling costs for seized dogs.

Illegal hare poaching is a blight on rural communities and farmers' livelihoods, and is damaging to the conservation of one of the British countryside’s iconic species.

It involves the pursuit of wild hares by trained greyhounds or lurchers across bare fields, often carried out by organised criminal gangs, with large sums of money gambled online.

The 'season' typically gets under way after harvest, when poachers take advantage of bare fields, which can cause thousands of pounds worth of damage to land and crops, and sees many farmers and landowners intimidated.

Presenting the amendment, the Lord Bishop outlined the scale of the threat posed to rural communities and animal welfare: “It is not just the damage to land and property that causes anxiety, it is the threats, verbal abuse, intimidation and violence.

"One person described coursing as equivalent to being under siege—constantly having to repair damage from break-ins, and being scared for their own safety and that of the farm equipment.

"It is an illegal and barbaric practice that runs amok across the private property of farmers and landowners and helps facilitate organised crime, through the enormous sums that change hands in high-stake illegal betting.”

Responding on behalf of the government, Lord Sharpe of Epsom explained that the government could not give him the timetable he had asked for owing to time restrictions, and the amendment was subsequently withdrawn.

The Countryside Alliance has long campaigned, alongside other rural organisations, for reforms to the law to strengthen the powers of the police and courts.

David Bean, parliamentary relations manager for the group, criticised the government for another 'pointless delay' in cracking down on the crime.

“The government repeated what we have heard time and again over years: Ministers are looking at it; there are detailed discussions; it will take time; we need to get it right.

"We have heard it all before. What we need is a government prepared to seize the opportunity of the Police Bill to accept these amendments and finally deliver.

"It is time for talk to give way to action, else we will still be discussing this blight for years to come.”

Rural groups, including the Countryside Alliance and NFU, have also been campaigning for tougher penalties to be sanctioned through an amendment to the Game Act 1831.