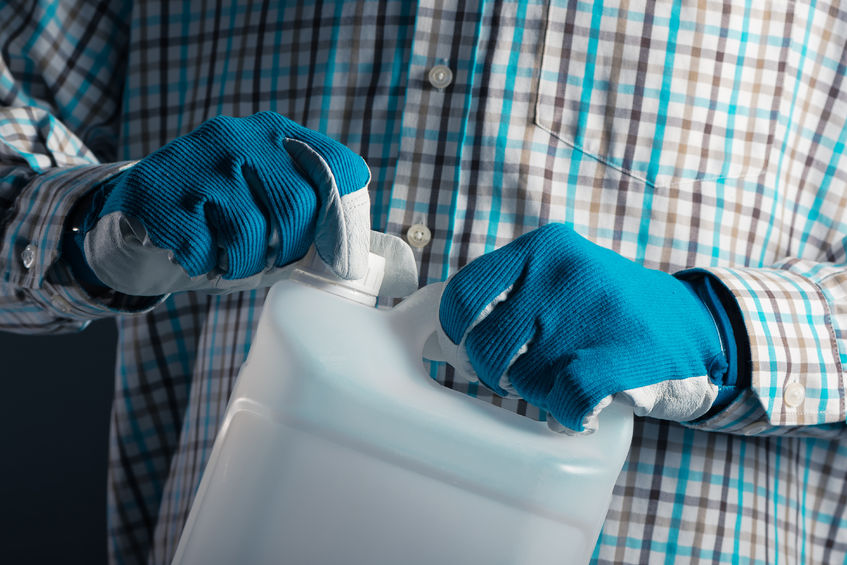 Many farmers do not realise they are using illegal pesticides, according to a rural crime expert

The dangers of counterfeit pesticides to environmental and human health was raised on a recent BBC Countryfile episode.

There has been a major rise in the illegal trade of counterfeit, unapproved or banned pesticides, according to rural criminologist Dr Chris Sambrook from Buckinghamshire New University.

He used his appearance on the BBC show, which aired on Sunday 8 November, to warn about the circulation of counterfeit pesticides on UK farms.

He said the money made from this ‘high-profit, low-risk’ crime was often used to fund larger criminal activities, such as people trafficking.

Dr Sambrook said: “As well as being potentially ineffective, they may contain ingredients that can cause damage to crops, to the environment, and even to human health.

"Some of the ingredients used in these products are known to be carcinogenic.”

While farmers do not realise they are using illegal pesticides, some are frequently forced to buy from alternative vendors due to supply issues within the UK.

“This is about farmers who are in a situation where they need a particular product at a particular point in time, but the legitimate market can’t supply it,” added Dr Sambrook.

The issue is a growing concern with the UK’s exit from the European Union approaching, he said, as Brexit brought uncertainty to the market.

Currently, EU rules dictate what pesticides are allowed to be used in the UK, but use and import rules may change and could present opportunities for organised crime groups involved in the trade.

In Europe, 1,400 tonnes of illegal pesticides worth in excess of 94m euros were seized earlier this year during Europol’s Operation Silver Axe.

When diluted as directed this is enough to fill more than 450 Olympic-sized swimming pools.

And in 2018, a major European police operation that included UK intelligence seized over 360 tons of illegal or counterfeit pesticides.

The shipment, which had a real customs value of $240,000, contained unmarked packaging, with no indication of producer or country of origin.

Dr Sambrook said: “The advantage the organised crime groups have is that they have established links to the Far East and they can meet these spikes in demand in a way that the normal market can’t.”