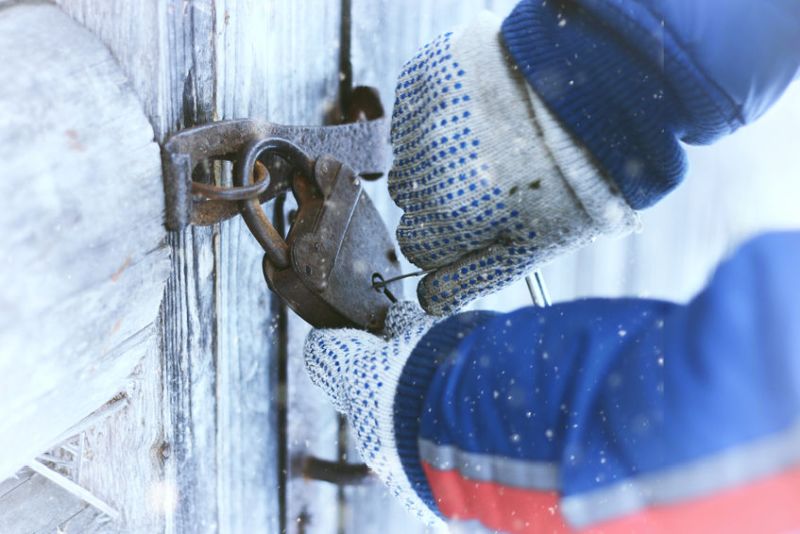 Rural crime cost the UK £50m in 2018 as brazen criminals continue to target farmers' livelihoods leading to heightened anxiety and rural isolation for many affected.

Crimes such as machinery and livestock theft have reached a seven-year high in terms of cost, new figures released today (5 August) show.

Farmers are routinely deploying high-tech security devices to counter this wave of organised crime in the countryside.

In its 2019 Rural Crime Report, rural insurer NFU Mutual looks at the impact that crime is having on rural communities throughout the UK.

Claims figures reveal that rural crime cost the UK £50m last year, an increase of 12% on the previous year.

The biggest percentage increase was seen in Scotland (62%), although its rural crime cost remains below the UK average.

The second-highest regional rise was 25% in North East England and the third was East Anglia with a rise of 22%.

Despite this, the cost of rural theft fell in two regions – Wales, down 7% and the South West, down by just 1%.

The sharp rises are being driven mainly by high value thefts of tractors, quad bikes and other farm vehicles – up 26% to £7.4m in 2018.

'Links to money laundering and drugs'

The last time rural theft reached the current level was in 2011 when international gangs took advantage of a largely unsecured countryside, according to NFU Mutual.

“Farmers and country people are suffering from high levels of anxiety due to repeated thefts by gangs who take advantage of farms’ isolated locations to steal machinery, raid tool stores and even butcher sheep in the fields.

“In a single generation, country people have seen rural crime change from the opportunist theft of a single lamb, to brazen heists of tractors worth over £100,000 and rustlers stealing hundreds of sheep.”

He added: “We are even seeing agricultural vehicles being stolen to smash into village shops to rob cash machines. As well as causing huge structural damage to buildings, these raids can lead to shop owners not replacing ATMs for fear of further attacks.”

Changing life in the countryside

One of the most alarming findings from this year’s report is that fear of crime is changing life in the countryside.

From constant reports of thefts and suspicious vehicles touring the countryside to rural criminals regularly staking out farms, country people feel they are under siege.

The rural insurer's survey of 300 local NFU Mutual Agents who work closely with rural communities has revealed that repeat attacks are causing widespread anxiety and exacerbating the problems of rural isolation amongst farmers who often work alone all day.

Some farmers are so concerned about the risk of criminal attack they can no longer leave the farm with their family to attend local events.

The industry is tackling this issue through the ‘Mind Your Head' campaign launched by the Farm Safety Foundation to raise awareness and understanding of mental health in agriculture.

Farmers are turning to new technology to protect their fields and farmyards using a range of innovative measures, the report shows.

These include devices such as infra-red beams which send alerts to mobile phones being used to protect farm yards; geo-fencing, which triggers an alarm if tractors go beyond farm boundaries, and livestock marking which puts thousands of micro-dots into fleeces.

Police too are using technology to catch rural criminals including operating drones for investigations and using social media networks to share intelligence with rural communities.

Mr Price said that by combining modern technology with physical fortifications, farmers are trying to keep one step ahead of the thieves.

“Together with digging ditches and putting up earth banks to prevent criminals getting on to farm land, these electronic devices are proving to be effective weapons in the fight against rural crime.

“This is increasingly important because today’s determined thieves come armed with battery-powered angle grinders which can cut through chains and padlocks in seconds to access farm buildings and tool sheds,” he said.

Mr Price added: “The good news is that security technology is developing fast and we’re already clearly seeing that thieves avoid tractors fitted with good security kit and sheep that have been marked with microdots.

“Innovative use of social media to report criminal activity is also working well in some areas - and reducing isolation.

“There’s no doubt that when police, farmers and other rural organisations tackle rural crime in an organised way they get results,” he said.

The report's figures are used by police forces to help them understand rural crime on their patch and plan rural police responses.