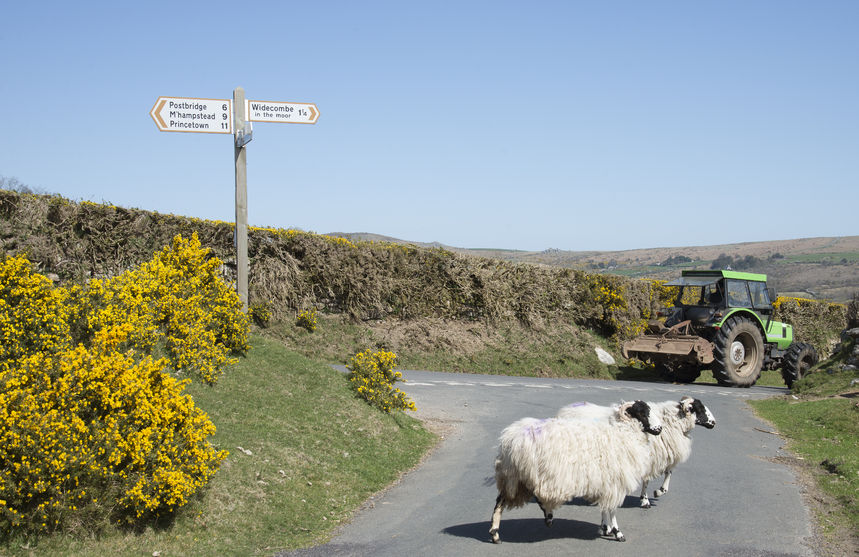 Peers have called for the establishment of a new Rural Strategy because communities in the countryside have been 'ignored' by successive governments.

A report by the House of Lords Committee says the government must develop a new agenda for the rural economy to address challenges and realise the potential of rural economies.

It highlights that with a range of rural businesses and initiatives, and new sectors growing fast, rural economies are increasingly 'diverse, dynamic and vibrant'.

But successive governments have 'underrated' the contribution rural economies can make to the nation’s prosperity and well-being, the group of peers say.

Governments have applied policies largely devised for urban and suburban economies which are often 'inappropriate' for rural England which has led to challenges.

These include lack of affordable housing, reduced transport, mismatch of business opportunities and an inadequate IT infrastructure.

The report's proposals have 3 linked elements: a coherent rural strategy, re-energised rural proofing and a “place based” approach which reflects the diversity of the countryside and the capabilities and knowledge of those who live and work there.

The report’s recommendations also include measures to improve rural connectivity, business support, the planning system, training arrangement, service provision such as health and education and much more.

Comparing the development of the envisaged Rural Strategy with that for the recent industrial strategy, the committee stresses while government must take the lead, there must be involvement and “buy-in” from local government and other public bodies.

Lord Foster of Bath, Chairman of the Committee, said that rural communities and the economies in them have been 'ignored and underrated for too long'.

“We must act now to reverse this trend, but we can no longer allow the clear inequalities between the urban and rural to continue unchecked.

“A rural strategy would address challenges and realise potential in struggling and under-performing areas, and all vibrant and thriving areas to develop further. Doing nothing is not an option,” he said.

The 'one size fits all' policy approach has left the countryside 'lacking', according to the Country Land and Business Association (CLA), which represents around 30,000 rural landowners and businesses.

The group highlighted how rural housing, employment and skills, broadband and mobile connectivity, as well as access to key services such as banks, healthcare, schools and shops, were all being left behind urban areas.

CLA President Tim Breitmeyer said: “These are all issues which have fuelled a growing urban/rural divide and which can only be solved through planning and funding systems that proactively deliver on the three objectives of sustainable development – economy, community and the environment.

“More specifically, the report proposes to ring fence part of the shared prosperity fund for rural communities, critical for a fair deal for the countryside.”

He added: “In addition, it says that Ofcom should introduce rural roaming, encourage operators to share masts, and support sustainable development in rural villages through the planning rules.”

'Listen to the voice of rural Britain'

The Countryside Alliance stressed that delivering a strong economy, increased productivity and thriving communities cannot be achieved without recognising the 'vital role' the countryside has to play.

It calls for the government to review the rural impact of business rates and relief schemes, and calls on Ofcom to review the broadband Universal Service Obligation to assess whether targets for download and upload speeds are able to sustain rural life and business.

Countryside Alliance Head of Policy, Sarah Lee, commented: “Once again we have a report from the House of Lords that calls for a radical rethink on how the government views and supports rural communities.

“It is now time for the government to move away from one size policy fits all and sit up and listen to the voice of rural Britain.

“The government needs to ensure that there is a deep understanding of the unique challenges the countryside faces and that starts with delivering on its commitment to deliver rural proofing,” she said.