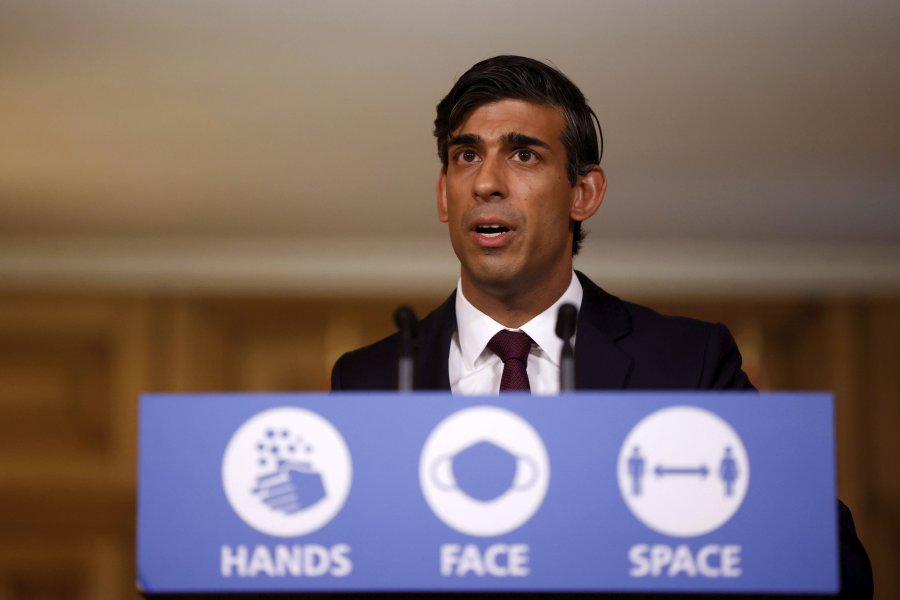 The Chancellor's new measures will not save all rural businesses and jobs, Saffery Champness warns (Photo: John Sibley/AP/Shutterstock)

Further to his announcement that the Autumn Budget will be cancelled, Rishi Sunak announced details of his Winter Economy Plan on Thursday (24 September).

It includes further measures to support businesses and the self-employed through the winter months and continuing pressure from the restrictions brought on by the Covid-19 crisis.

Saffery Champness welcomed the measures, saying the package would 'push that cliff edge a little further away' for rural and countryside based businesses.

However, the accountancy firm warned that the measures announced 'would not save all businesses or all jobs'.

"Covid has changed markets, blocked many opportunities, and disrupted the status quo – the environment in which many businesses operated and traded 12 months ago simply does not exist today," Martyn Dobinson, partner at Saffery Champness, said.

"Inevitably there will still be hardship and casualties, despite the very welcome additional support announced by the Chancellor."

The temporary reduction of VAT from 20% to 5% for hospitality businesses will continue until the end March 2021.

Mr Dobinson said that for those rural businesses with a hospitality offering, this was 'great news'.

However, he added: "For those where a curtailed season has already ended, the benefit from this measure may be inconsequential."

A wage subsidy scheme will be introduced from 1 November for viable jobs and will run for six months.

Employees must work at least one third of their normal hours and the employer must pay for those hours worked.

In respect of the hours not worked, the government will pay for one third, and the employer must pay for a further third, meaning that employees may be paid for two thirds of the time that they do not work.

The grant element, based on the employee’s usual salary, will be capped at £697.92 per month.

Employers do not need to have used the existing Coronavirus Job Retention Scheme (CJRS) to benefit.

Mr Dobinson explained that this measure was 'less generous' than the CJRS.

“[It] is clearly a measure to retain a greater number in employment on a part-time basis, rather than a smaller number employed full-time.

"With the prospect of spiralling unemployment, any measure to keep a greater number working is welcome,” he said.

A second grant will be available for the 3 months from 1 February 2021, but will be reviewed in light of the circumstances at that time.

Martyn Dobinson said it was 'important' that self-employed support continued.

"It’s likely, however, that more people will be forced into self-employment through redundancy and will be ineligible for support through the SEISS under the current rules. The Chancellor should consider this going forward.”

For those who took out loans under one of the several schemes, there will be longer to repay, with the maximum 6-year terms extended to 10 years.

The application deadline for the Bounce Back and Business Interruption Loan Schemes has also been extended to the end November 2020.

A new government-backed loan scheme is expected to be announced in January.

Mr Dobinson explained that some rural businesses had delayed the decision to take up loan support, preferring to see if the storm could be weathered.

"The continuation of the crisis, and its impact on trading, may mean that loan support is now required," he added.

"The extended deadline is therefore good news, and the prospect of an extended payback period may make the schemes more attractive.”

Deferred VAT no longer has to be paid in full by 31 March 2021, but can be spread over 11 instalments, without interest.

Mr Dobinson encouraged tax payers to pay outstanding tax liabilities where they can.

"These liabilities won’t go away and may become a bigger problem further down the line,” he added.