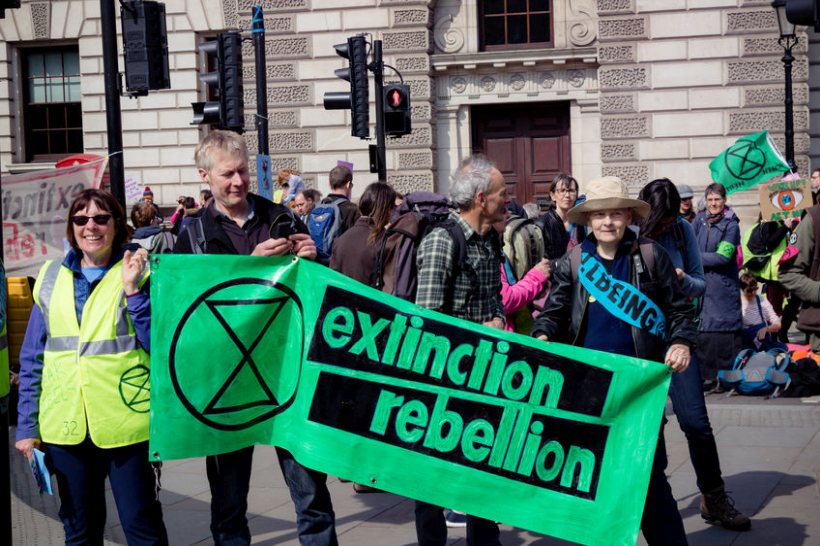 The countryside protest, organised by Extinction Rebellion North, is planned for 24 April

Extinction Rebellion is attempting to mobilise eco-activists for a mass trespass of the countryside – sparking fury from rural groups.

The demo is being organised by XR North for Saturday April 24, the anniversary of the Kinder Scout trespass in Derbyshire in 1932, which pioneered the ‘right to roam’ movement.

XR’s website warns activists taking part that aggravated trespass could bring a fine of up to £300 for a first offence.

Claiming that much private land is ‘criminally misused’, it adds: "Taxpayers give £3 billion a year to landowners and yet we are denied access to 92% of the land in England."

The site calls on those attending to 'Peacefully climb over NO TRESPASSING or PRIVATE PROPERTY signs' and 'Attach your own message to NO TRESPASSING signs.'

XR North said, however, that the protest would not target farmers.

"We have always been clear that rebels should be mindful of livestock, wildlife and crops," a statement by the group said.

"Farmers are as vulnerable as any of us to the whims of the tiny minority of aristocrats, oligarchs and corporate interests that control the land.

"They are an essential part of how we nurture it so that it can nourish us all."

But Tim Bonner, of the Countryside Alliance, said the planned protest was 'blatant anarchism'.

"Rules around access are there for a reason, not least to protect crops and livestock," he said.

"Extinction Rebellion’s planned trespass is nothing short of blatant anarchism, which aims to disrupt working rural communities for no other reason than for a bit of publicity stunt.

"Their inability to connect with the wider British public on whatever issue it is they seek to highlight shouldn’t come at the expense of hard-working farmers and rural businesses."