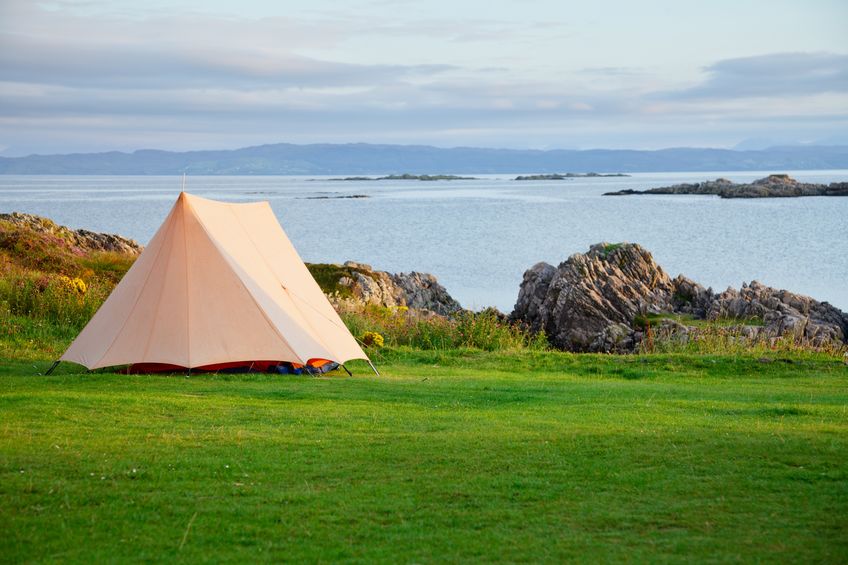 Farming and rural groups are asking for an extension to the 56-day permitted development rights rule to allow pop-up campsites to operate over the entire summer season.

With foreign travel heavily restricted this year and accommodation rapidly selling out across the country, camping is enjoying a record year.

Website Pitchup.com, which specialises in pop-up camping, has seen a 200 percent rise in bookings than the same point in 2019.

Government rules allow pop-up sites to be created for 56 days each year, but the inflexibility of the rule can prevent farmers and landowners from opening at periods when demand is greatest.

According to Pitchup, demand is spreading to the 'shoulder season' this year: the arrival months with the highest growth compared to 2019 are June (+206%) and September (226%).

Its new campaign 'Carry on Camping', backed by the likes of the NFU and Countryside Alliance, is now calling on the government to extend this 56-day period to October.

To support the reopening of the economy, regulation was introduced last year to temporarily extend the usual 28 days to 56 days.

But a surge in demand this year is a chance for rural businesses and communities to recover even greater from the pandemic, campaigners say.

Around 600 pop-up campsites are opening under permitted development rights, mostly on farmland, and last summer around 200 newly-opened pop-ups operated successfully.

Pitchup said an extension to the 56-day period would help farmers, landowners and other rural businesses recover from the pandemic.

"This could be done via a simple update to the regulations to allow certain defined uses such as campsites for tents to operate over the whole summer," the website said.

"Extending the period to October half term would enable rural businesses to make best use of the weather, by providing the flexibility to operate all season."

It added: "With weekends already sold out at many established campsites, the change would also allow thousands of Brits to get away who otherwise wouldn’t have been able to."