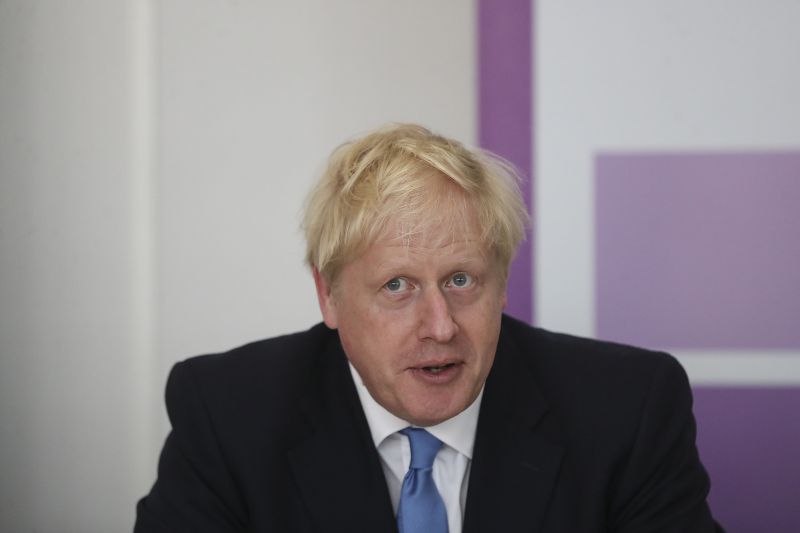 Both the CLA and TFA have written to Boris Johnson on how best to mitigate risks in the event of no-deal Brexit (Photo: Simon Dawson/POOL/EPA-EFE/Shutterstock)

Two leading farming organisations have welcomed government efforts to prepare for a no-deal Brexit despite it being 'deeply undesirable'.

They say while a no-deal exit is 'undesirable' for the rural economy, all eventualities must be prepared.

They call on government to focus on a number of key areas in the run up to the October 31st Brexit deadline.

These include maintaining market access through ensuring continued access to EU markets and developing enhanced routes to market both at home and abroad.

Both groups say measures must be put in place to respond swiftly to market disturbance.

They also call for longer-term profitability in a no-deal context through a commitment from the government that it will consider migrant labour needs with the ability to source labour from the EU or elsewhere.

Legislation would be needed to ban the importation of any food ingredients that have been produced using techniques which would be banned anywhere in the UK.

Tim Breitmeyer, President of the CLA, said the rural sector wants both the UK and EU to return to the negotiating table 'immediately'.

“For some sectors in the rural economy, leaving the EU without a deal would be deeply damaging.

“But make no mistake, damage would be done to the European economy too.

“Our recommendations are designed to help government mitigate the risks of No Deal and prepare for the future, giving a degree of certainty to the thousands of rural businesses who are dependent on a thriving export market,” he said.

James Gray, National Chairman of the TFA said leaving the EU will bring 'both opportunities and challenges' for farmers.

“However, it would be reckless to leave the European Union without a deal and without a package of underpinning measures for the agricultural industry.

“Severe restrictions to export markets through both tariff and nontariff barriers, cutting access to important migrant labour supplies and leaving us open to imports of food ingredients and products produced to standards banned at home would be calamitous for our country’s food and environmental security,” he said.

The letter, sent to the Prime Minister in early August, called on government to focus on a number of key areas in the run up to October 31st. They include:

- together with developing enhanced routes to market both at home (for example, through public procurement, as well as avoidance of any impediments to trade within the UK) and abroad, using our already high standards for environment and animal welfare as a key selling point.

• Responding swiftly to market disturbance through:

- a transition support package to primary producers who will see the value of their output undermined by EU tariffs in a way that considers the industry’s long-term capacity;

- the implementation of the import tariffs on food announced in March 2019. They need to be kept under review and adjusted according to market conditions, and perhaps extended to other products;

• Enabling longer-term profitability in a no-Deal context through:

- a commitment from the Government that it will consider the migrant labour needs of the farming industry, with the ability to source labour from the EU or elsewhere;

- regulating to ensure fair treatment of and fair returns to primary producers in the food chain;

- legislating to ban the importation of any food ingredients or food products that have been produced using techniques which would be banned anywhere in the UK.

- reviewing the timing of the transition to a new policy platform and leaving the current arrangements in place until the economic realities of operating outside of the EU are clearer.