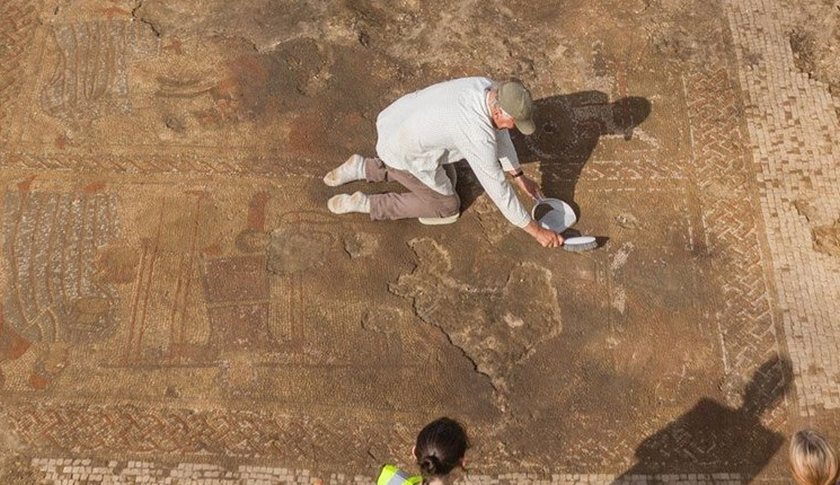 The Roman mosaic and villa complex have now been protected as a scheduled monument (Photo: Historic England)

Archaeologists have unearthed the first Roman mosaic of its kind in the UK after a Rutland landowner made the initial discovery when he stumbled across 'unusual pottery' on his field.

The rare Roman mosaic and villa complex are now protected as a scheduled monument by the government, following advice from Historic England.

The initial discovery was made during the 2020 lockdown by Jim Irvine, son of landowner Brian Naylor, who then contacted the archaeological team at Leicestershire County Council.

Given the exceptional nature of this discovery, Historic England was able to secure funding for urgent archaeological investigations of the farmland site.

Jim Irvine said the discovery of ancient Roman history on his family's land was an 'oh wow moment'. 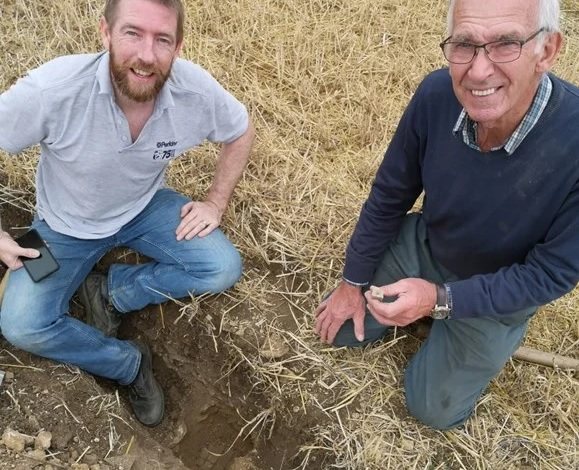 "Finding some unusual pottery amongst the wheat piqued my interest and prompted some further investigative work," he said.

"Later, looking at the satellite imagery I spotted a very clear crop mark, as if someone had drawn on my computer screen with a piece of chalk."

The remains of the mosaic measure 11 metres by almost 7 metres and depict part of the story of the Greek hero Achilles.

Artwork forms the floor of what is thought to be a large dining or entertaining area. 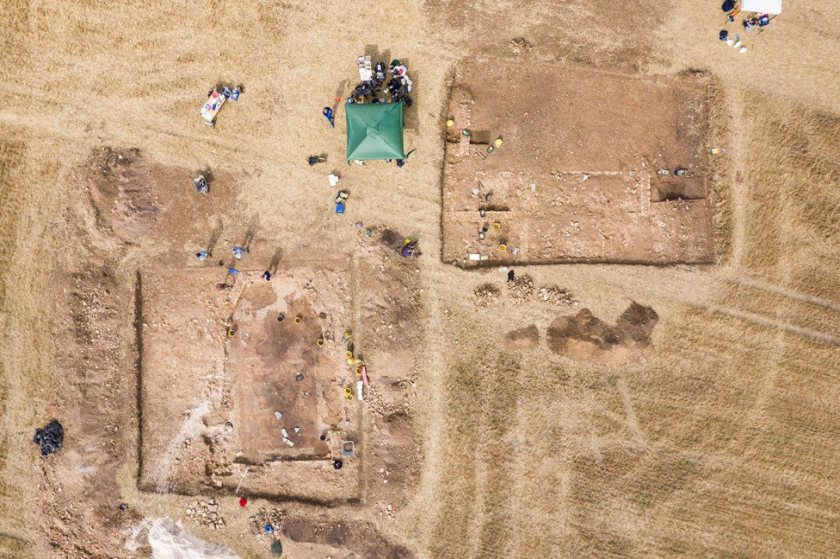 The room is part of a large villa occupied in the late Roman period (Photo: Historic England)

The room is part of a large villa building occupied in the late Roman period, between the 3rd and 4th century AD.

It is also surrounded by a range of other buildings and features revealed by a geophysical survey and archaeological evaluation, including aisled barns, circular structures and a possible bath house.

According to Historic England, the complex was likely to have been occupied by a wealthy individual, with a knowledge of classical literature.

Duncan Wilson, chief executive of Historic England, said: "To have uncovered such a rare mosaic of this size, as well as a surrounding villa, is remarkable.

The mosaic depicts part of the story of the Greek hero Achilles (Photo: Historic England)

"By protecting this site we are able to continue learning from it, and look forward to what future excavations may teach us about the people who lived there over 1,500 years ago."

The protection as a scheduled monument recognises the exceptional national importance of this site.

It ensures the remains are legally protected and helps combat unauthorised works or unlawful activities such as illegal metal detecting.