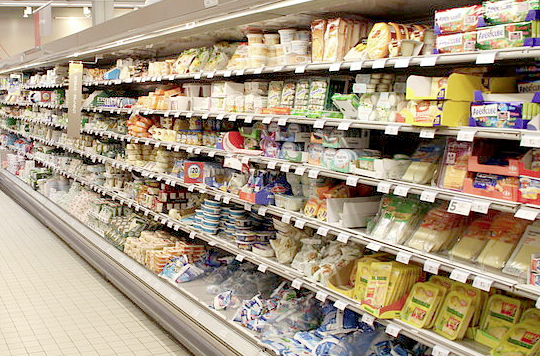 Sainsbury's has pledged to increase the amount it pays for lamb until the end of February at more than 60p/kg above the market rate.

The announcement comes after farmers were losing an average of £29 per lamb sold at market with farmgate prices dropping by over a fifth in the last year.

More than 800 farmers who supply Sainsbury's own brands will receive £3.80/kg for lamb, in a move that will ease the burden on some already hard-pressed farmers struggling with the collapse in the price of lamb.

Lamb prices are at their lowest in three years due to a poor summer, rising production costs and a longer finishing period.

Impacts from the new lamb-deforming disease Schmallenberg are also being felt by producers with the spring lamb season about to get underway.

"It's a positive that Sainsbury's has listened to its farmer suppliers" said NFU livestock board chairman Charles Sercombe.

"Although it only involves limited numbers and is for a limited time period, it lays down the challenge to other major retailers to ensure their lamb suppliers also receive a fair price."

"The NFU will be looking closely at the procurement activities of all major retailers in the coming days."

"The consumer showed last summer on milk that they will not accept retailers paying farmers below the costs of production for food. Sainsbury’s has recognised that sheep farmers cannot run businesses on current prices. It’s clearly time for the whole trade to now show they are committed to a sustainable UK lamb industry."

National Sheep Association Chief Executive Phil Stocker said: "Lamb prices are challenging and times feel tough at the moment – but the best way to respond is to move forward and look for ways to increase our resilience and success, both through maximising outputs and income, and through controlling inputs and costs".

Farming groups called on retailers to demonstrate 'genuine commitment' to their British suppliers and customers after a 22 percent fall in the farmgate lamb price despite an increase in price on the supermarket shelves.

Sercombe said farmers were working hard to stay on top of a 'really tough situation'.

"Demand from consumers has also remained strong, so what’s happening; where is the money going?"

"I want to see a thriving British lamb sector, crucial if we are to attract young people to work in our industry, so retailers have to start working more closely with their British lamb supply base to help meet some of the challenges being faced. And we need our customers - the consumer - to reap some of the benefit too."

With the EU promising to agree a CAP reform package in the coming months the groups representing farmers also stressed the importance of ensuing a fair deal to support British farmers.