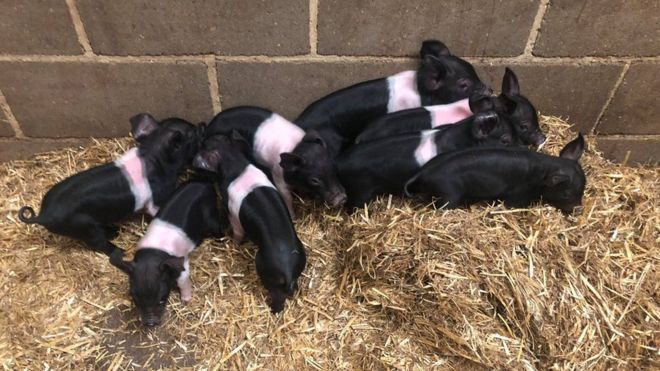 The school which runs the farm said it was 'no longer viable' (Photo: Stratton School Farm)

A school farm is to close down after more than 60 years of teaching young people amid a 'significant decline' in students choosing agricultural courses.

Stratton School Farm, in Biggleswade, Bedfordshire will close down from 19 July 2019. It has been teaching students since 1955.

In a letter sent to parents, Stratton Upper School said the farm has been a 'unique and valued' part of the school's curriculum.

But a falling number of students choosing agricultural courses has ultimately led to the farm's demise.

The school also blamed increased costs associated with running the farm and keeping the livestock.

Meanwhile, over 1,200 people have signed a petition for the school to keep the farm open.

Created by Millie Yaffie, she said the farm is an 'amazing place' which offers 'great qualities' for children and the public.

“The farm is well known to students, teachers and surrounding communities and has impacted many people’s school life,” she said on the online fundraiser.

“Due to funding and other unreasonable requirements the school have put into place, they have now decided that the farm isn’t working and have decided that it’s an end of an era for it.

“Everyone who has worked hard and put all their heart and effort into the farm are completely gutted especially those who have been there for over 20 years.”

It follows an educational conference which highlighted that the future of agriculture and food production lies with young people, and that 'school farms' are important in building up passion.

BBC wildlife presenter Chris Packham also said that all primary schools should be twinned with farms so children can understand how their food is produced.