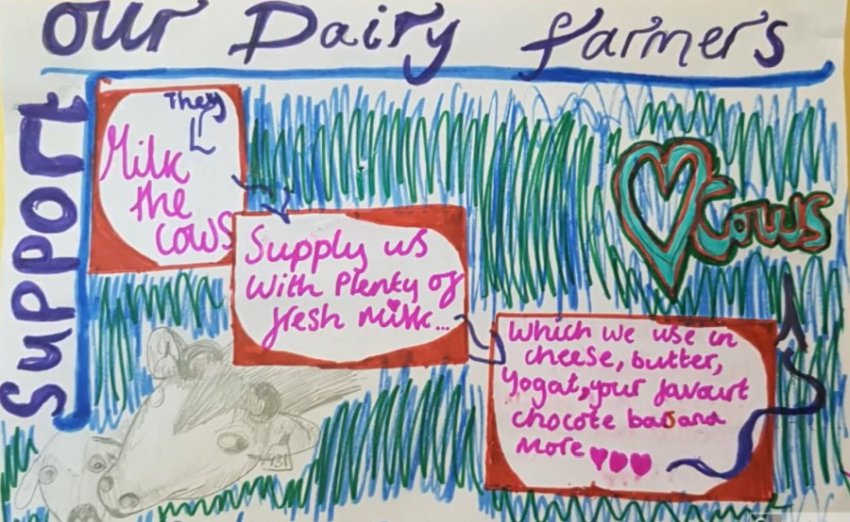 A Surrey school has championed British dairy farmers by producing a heart-warming video illustrating the issues they faced during the Covid-19 crisis.

Secondary school students at OSG Hindhead, near Guildford, decided to support farmers as part of their active citizen project.

They chose to focus on the dairy sector due to the struggles producers have faced such as price cuts and the dumping of milk brought on by the pandemic.

As part of this, the children were tasked with educating primary school students at their school about the problems facing the industry.

The students, ranging from 8-years-old to 11, then had to produce a poster highlighting what they had learned about the problems and how they could generate support.

More than 55 children at OSG Hindhead produced posters that have since been turned into a video, which is since been uploaded online.

A student at the school said they wanted to highlight the plight of dairy farmers and to thank them for everything they are doing.

Reacting to the video, the Royal Association of British Dairy Farmers (RABDF) said it was 'great' to see young children being educated about British dairy and the struggles farmers faced.

RABDF managing director, Matthew Knight, said: “The video creates a sense of purpose as to why the long hours, market turmoil and ongoing battles with policy, animal health issues, and finances are worth it.”