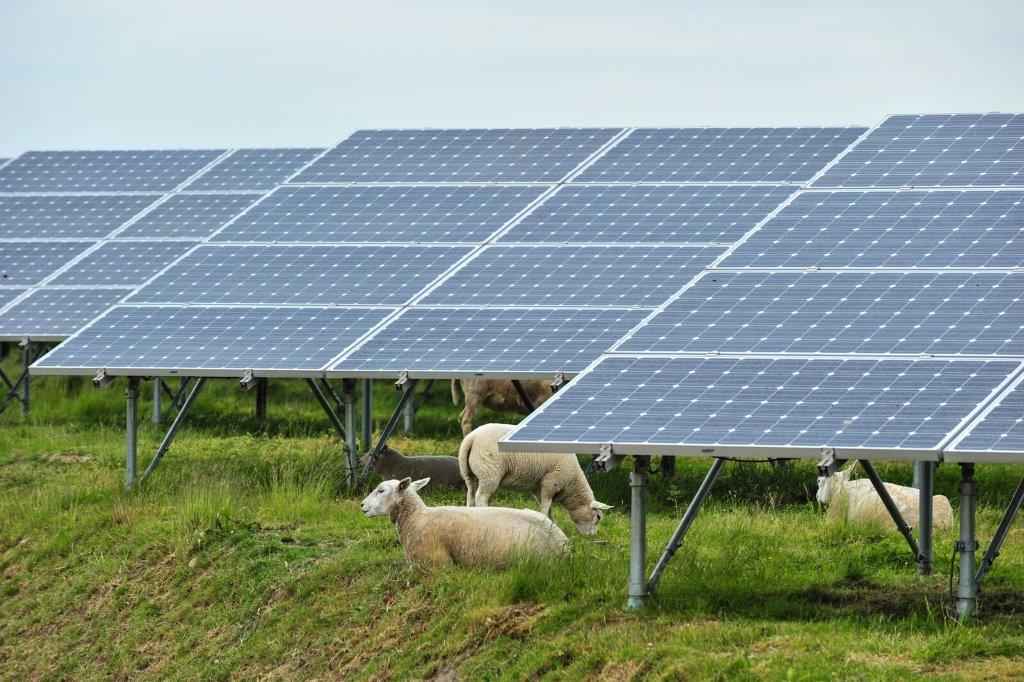 In Scotland, sheep grazing and solar farms can go hand in hand, but warmer climates have seen the introduction of 'agrivoltaic' systems

Previously rare in the Scottish renewable energy mix, solar farms are seen as a significant renewables opportunity alongside off and onshore wind and hydro power.

According to property firm Galbraith, some solar PV installations in Scotland perform just as well as sites in southern England because of the slightly longer daylight periods.

Philippa Orr, a rural property adviser at Galbraith, said: “When asked what the weather is like in Scotland, I am certain most of us would say ‘wet and windy’.

“Most people may not associate Scotland with solar energy, but generating electricity from sunshine is becoming a significant rural industry.”

In fact, what is required is light or solar irradiance – the amount of electromagnetic radiation received from the sun per metre squared.

“We see evidence that the growth in solar PV developments we are witnessing will benefit Scotland by helping to meet fuel poverty, community and national energy targets, as solar is one of the most versatile renewable-energy sources.

“As the capital and operating costs for solar decline, energy market conditions will allow subsidy-free solar farms to compete with conventional generators.

"Technological advances mean solar farms are able to produce more megawatts per acre than ever before," Ms Orr said.

Globally, it is not only the technology that is changing, but also ground management under the panels.

In Scotland, sheep grazing and solar farms can go hand in hand, but warmer climates have seen the introduction of agrivoltaic systems enabling production of energy from solar panels and agricultural crops on the same area of land.

Panels are placed strategically over part of the crop, generating shade that creates different microclimates, leading to increased freshness in the crop and lower losses from evaporation.

However, the process requires special harvesting machines and the panels must be installed much higher off the ground.

Ms Orr said: “This may not be a practice that we will see in the UK anytime soon because of climate constraints, but it shows advances are being made to solar technologies.”