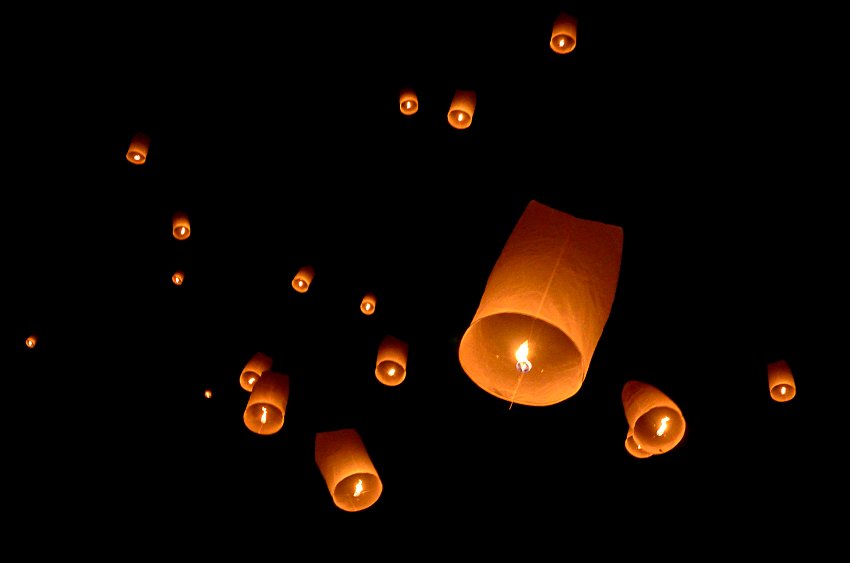 A Scottish council has banned sky lanterns on its property and its events after the NFU Scotland wrote a letter about their impact on livestock farmers.

The union said it would welcome both personal and public use of the lanterns being banned as they are a 'fire risk' and could be dangerous to livestock.

Stephen McCabe, leader for Inverclyde Council said the lanterns can cause huge damage both to the environment and to animals.

He said: "They can also put an unnecessary strain on the emergency services with people confusing them as distress flares or even UFO’s and calling 999. There is no doubt these lanterns can look spectacular and beautiful but that is easily outweighed by the potential damage they can cause."

NFU Scotland’s Animal Health and Welfare Policy Manager, Penny Johnston said: "Sky lanterns are seemingly innocent devices, and are beautiful to look at, but they can cause untold damage as there is no control over where these burning structures of paper, metal and wood decide to land."

What are the risks?

There is a risk to animals and livestock - frames can contaminate forage crops which are later fed to the animals. The frames of sky lanterns can harm or even kill farm animals if they are eaten. Animals can get tangled or injured from the sharp wire frames, and bamboo framed lanterns can splinter causing serious injuries if ingested.

They often cause a false alarm - the Coastguard has reported incidents of sky lanterns being mistaken for distress signals and the Civil Aviation Authority are concerned with airborne lanterns being drawn into aircraft engines. They can also delay take-off and landing.

Sky lanterns can be a major fire risk – once lit and set off into the sky you don't know where an ignited lantern will land. Fields of standing crops, hay and straw stacks, farm buildings and thatched roofs are all at significant risk of being set alight.

And lastly, they are a litter nuisance - farmers and other land owners have to clear up the remnants of sky lanterns from their fields.

The farming industry is urging the public to send a letter to local MPs, prospective Parliamentary candidate, local council/authority or local venues that regularly hold events asking them to support a ban.