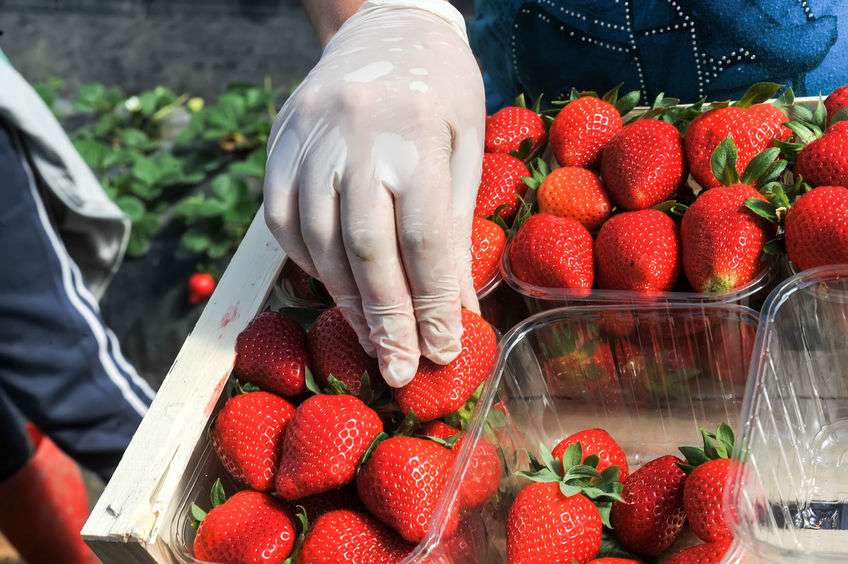 NFU Scotland has called on the government to issue further support if it is to tackle the labour crisis on Scottish farms and in the wider food and drink sector.

The union, alongside other Scottish food and drink groups, has been calling for a 12-month Covid recovery visa for the supply chain to deal with the pressures.

It also wants an urgent review by the Migration Advisory Committee of the Shortage Occupation Lists so that it accommodates the acute permanent labour needs of agricultural sectors.

A recent survey of NFU Scotland’s soft fruit and vegetable growers estimated that there is a 20 percent shortfall in seasonal workers.

It is also urging for the Seasonal Workers Pilot (SWP) scheme to be replaced with an improved and expanded permanent scheme that works for both farm businesses and seasonal migrant workers.

Labour issues were top of the agenda when NFU Scotland’s vice president Andrew Connon and regional chair Colin Ferguson met with Secretary of State for Scotland Alister Jack in his Dumfries and Galloway constituency at the end of last week.

NFU Scotland noted that the government now recognised there was an issue that must be addressed.

“While the focus around labour shortages has been on Christmas goods and fuel, the impact of the labour crisis, affecting both permanent and seasonal staff, is being widely felt among our membership," the union's chief executive Scott Walker said.

"There’s an awful lot more that needs to be done by the UK government to really solve the labour crisis that we are facing."

The whole Scottish food and drink supply chain has been highlighting the crisis and the solutions needed for many weeks now.

“At farm level, farmers are making business decisions now," Mr Walker said, "If permanent and seasonal staff are not going to be available then they will need to scale back production and restructure accordingly.

"That will have knock on effects for consumer choice and would be a step backwards for a Scottish food and drink industry committed to growing in value to £30bn by 2030.”