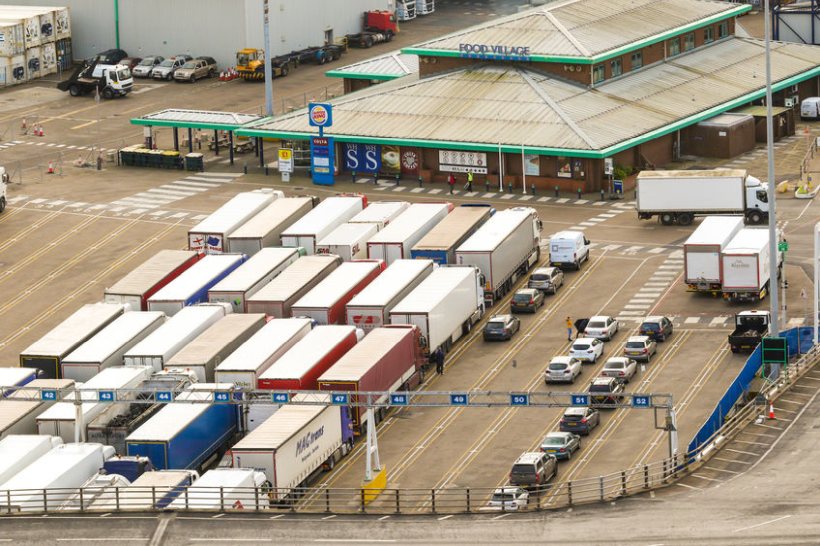 Scotland's food and farming businesses are facing 'damaging delays, huge costs and devastating losses' since the UK left the EU, the Scottish government has warned.

He said they faced new customs controls and IT system failures, leading to stock delayed and spoiled at ports in the UK and EU.

Estimates by the Scottish government suggest as much as £1 million a day is being lost by the seafood industry alone.

Elsewhere, the country's seed potato farmers, who will no longer be able to export to Europe, face an estimated £11 million of losses.

Mr Russell said the UK had been left a third country with a 'more distant, more expensive and less advantageous' trading arrangement with the bloc.

“It is an incontrovertible fact that four weeks into the new trading arrangements, the problems for businesses are not diminishing, but multiplying and spreading across different sectors of the economy," he said.

“The disruption has resulted in the damaging delays, huge costs and devastating losses which we feared would be the outcome of becoming an EU third country and dealing with new and untested processes.

“A whole new category of prohibited and restricted goods has been created meaning Scottish exporters can no longer trade their produce freely with the EU."

He added: “The UK government has now admitted that these are not ‘teething issues’ – they are a permanent exclusion from the single market that leaves many businesses toothless in a competitive modern economy."

Mr Russell said the Scottish government was now looking at calls from the industry for a six month grace period to allow companies more time to cope with the changes.

He also urged the UK government to improve the information it shared on emerging issues at ports.

It comes as Defra has agreed to hold an urgent meeting with pig sector bodies to discuss the 'perfect storm' currently impacting producers, namely the effects of Brexit and Covid-19.

The National Pig Association (NPA) warned that the current issues facing the sector, which include new Brexit checks and paperwork, could 'rapidly turn into a crisis'.

Last week, the CBI and the British Chambers of Commerce also issued a statement setting out the difficulties faced by firms adapting to the new customs processes.