Scottish farmers 'left without transport' due to fuel issues 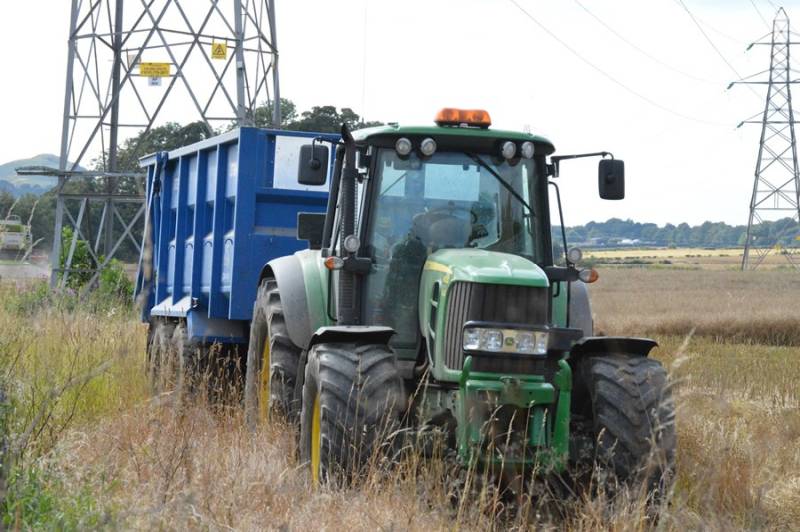 Scottish farmers have been left without transport or machines available to carry out vital tasks due to ongoing fuel issues, it has been reported.

Farmers and crofters throughout the country are experiencing serious setbacks they feel are being caused by a problem with fuel.

NFU Scotland reports some farmers are facing issues with poor performance, blocked filters, low working hours before filter changes are required and injector failure, with tractors and other farm vehicles.

Since putting out its call to members for information on any fuel issues they might be having, the union has logged 280 calls on the issue.

Farming industry figures met with Petrolineos, operators of Grangemouth refinery, earlier this week in an attempt to find solutions.

At the meeting, Petroineos outlined their commitment to work with all the industries affected by these issues and to find a solution.

It also reassured stakeholders that they are producing fuel within the required specification including that for biofuel content.

But NFU Scotland said there is an issue with the specification outlined in EU’s standards relating to biofuel inclusion (EN 14214).

Despite the fuel supply being produced to specification, the union explained that there have been issues for some time and this has only been exacerbated by the recent cold spell.

It has called on the UK and Scottish governments to respond to the 'industry crisis' and provide a derogation on the inclusion of biofuel in diesel until a solution can be found.

NFU Scotland president Andrew McCornick said: “This is an unprecedented situation for the industry and our members are understandably frustrated to find themselves in a situation where they cannot rely on their machinery to operate as they would expect.

“I am aware that some farmers have been left without transport or machines available to carry out vital tasks such as feeding livestock and carrying out cultivations in addition to significant cost implications.

“Farmers also play a vital role in winter resilience in rural areas by carrying out functions such as snow clearance, so this issue will be of great concern for local authorities.”

There is also a suggestion that upcoming colder temperatures will further exacerbate the current problems farmers store fuel over winter.

Mr McCornick added: “We recognise that the inclusion of biofuel is to help reduce emissions and has an important role in industry working to mitigate the impacts of climate change.

“However, the industry cannot function without reliable machinery and continue to bear the associated costs, so a solution must be found as soon as possible.”

NFU Scotland is calling a for an expert working group to be convened by the Department of Transport to look specifically at biofuel inclusion for off road vehicles.