Scottish farmers seek ways to step away from 'plasticulture' 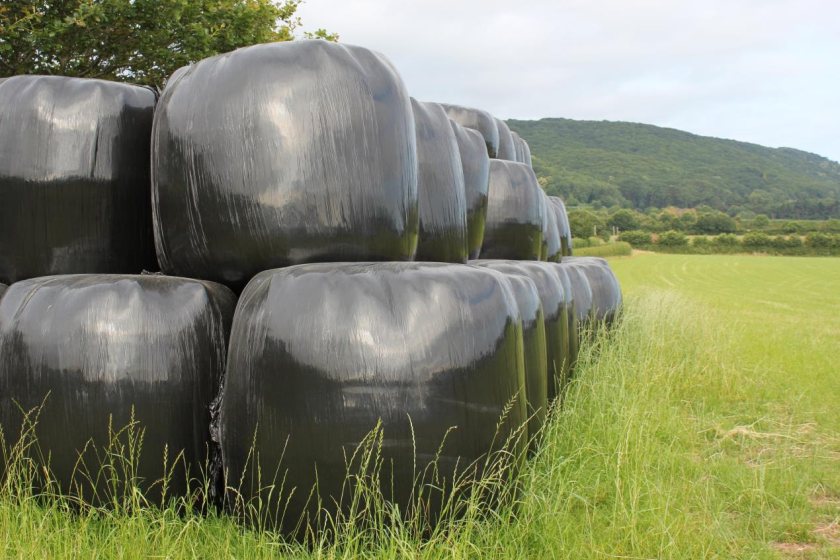 Two to three million tonnes of plastic is used in agriculture each year, figures estimate
Sign in to add your own press release SIGN IN Register

Eight Scottish farmers have formed a group to explore new responsible ways of reducing the production of waste plastic in farming.

Figures estimate that two to three million tonnes of plastic is used in agriculture each year.

The catalyst for the project was the non-renewal of derogations to use on-farm drum incinerators, following the EU Industrial Emissions’ directive.

The group, facilitated by Ewan Johnston of SAC Consulting, part of Scotland’s Rural College (SRUC), said this created a big challenge for farmers.

“Following the incineration ban, effective from 1 January 2019, a challenge was created for farmers regarding the disposal of single use plastics such as silage bale wrap, fertiliser bags, feed bags and buckets, and agrochemical containers.

“These are typically made from polyethylene (PE) because it is cheap, easily processed, exceptionally durable and flexible. However, due to their non-biodegradable nature, disposal is a big environmental concern,” he said.

The group looked at a range of solutions, including discussions with the local council’s waste handling department to provide agricultural waste collection depots or recycling centres as well as longer-term solutions like the manufacturing of suitable plastics from biopolymers.

But the group concluded that the issue of plastic use reduction and recycling was not easily resolved.

Mr Johnston said: "Until biodegradable replacements start to become more widely available, recycling is one of the only solutions farmers have but it isn’t always easy.”

Recycling requires farmers to separate different types of plastics and pay disposal and haulage costs based on the quantity of plastic waste produced.

George Davidson, a beef farmer from Aberdeenshire, has looked at ways to reduce the costs of disposing of farm plastics by investing in a waste baler which compresses silage bale wrap and chemical containers into compact bales.

He said: “We have invested jointly, with our neighbour, in a waste baler to help bale the waste plastic which, in the long term, will hopefully reduce the cost of haulage for disposal.

"This year we have also trialled the clear silage wrap which offers more recycling opportunities and reduced disposal costs.

“The use of clear silage wrap and investing in machines to consolidate bale plastic waste is a step in the right direction to improve recyclability and the circular economy, but costs and logistics still create issues for farmers.”

He added that there was scope for plastic reduction in some tasks, for example, baled versus pit silage.

“During the project we compared the costs of building a silage pit versus the cost of producing baled silage; baled silage worked out £2.30 per tonne more expensive.

“However, the farmer group cited the benefits of the increased flexibility that baled silage offers, including the flexibility to stack bales in various locations and to tidy up and bale smaller areas of grazing to help with grassland management.

"Added to this, for many, the capital investment required to build a silage pit was also recognised as another cost-prohibitive challenge.”

‘Plasticulture’ is not the only pressing environmental issue within agriculture and, with governmental policies now in place to help reduce plastic waste, farmers have proactively started to make changes to how they work.

Mr Johnston said that the farming industry needed to follow other sectors by increasing its adoption of circular economy principles.

"Instead of make, use and dispose, we need to keep resources in use for as long as possible by adopting a mindset of reduce, reuse, and recycle," he said.

“There are some really imaginative companies out there that are embracing ‘waste less’ concepts and developing biopolymers and de-compostable cellulose-based products as replacements for plastics in the food industry.

“Currently these products aren’t suitable as a replacement for conventional silage wrap because they cannot, for example, endure contact with soil and exposure to extremes of temperature.

“Also, they have inferior durability to the sun’s UV rays and don’t have the strength to resist the lactic and butyric acids in silage,” he added.

Mr Johnston ended with a call to action: “This group is established, it has gained significant insight into farm plastic trials, including recycling, and all participants would be interested in trialling any product or system that is up for the challenge.”