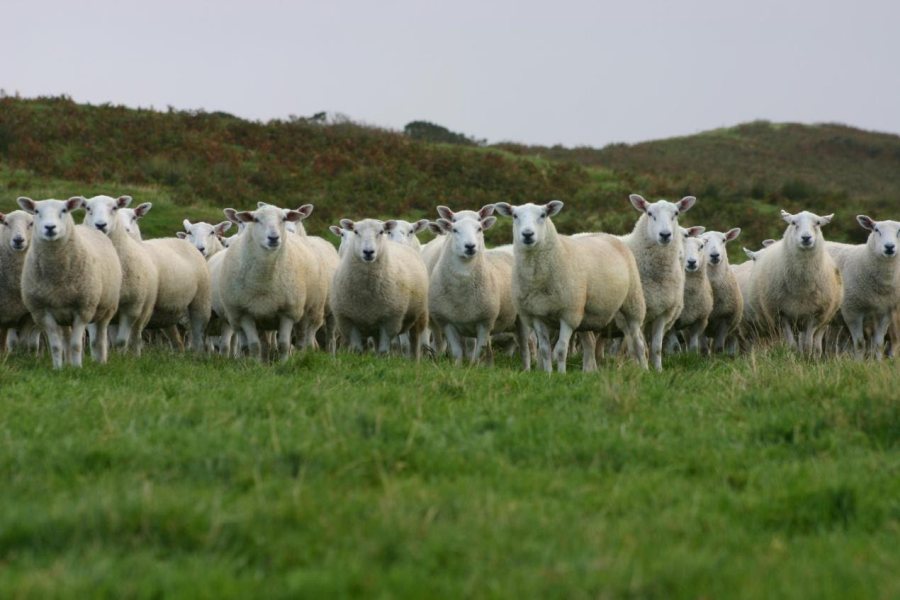 Sheep farmers are being encouraged to donate over 2.5 tonnes of lamb to schools this November

Scottish farmers are being urged to ‘bank a lamb’ to help tell the positive story of sheep farming as a St Andrew’s Day initiative reaches record numbers.

A Lamb Bank has been created to give schoolchildren the opportunity to taste and cook with Scotch Lamb on the patron saint’s day on 30 November.

It follows the success of the Institute of Auctioneers and Appraisers in Scotland's (IAAS) project last year that saw 1.2 tonnes of lamb delivered into schools.

The marketing campaign was set up in 2010 to boost lamb sales among consumers by making it synonymous with St Andrew’s Day, similar to haggis on Burns' Night.

Neil Wilson, executive director of IAAS, said the ambition was to get lamb into at least one school in every town and in every rural school in Scotland.

“There is no better way to market a product than to get it in front of people and this is an amazing opportunity to showcase lamb to the next generation of consumers,” he said.

“It creates conversation around it and gives teachers the springboard to talk about how sheep are reared in Scotland.

“We have a great story to tell but it’s not always easy to find a platform.”

Farmers selling sheep via an IAAS mart can donate the funds from the sale of one or more lambs, or other sheep, into the Lamb Bank.

This will then be used to supply lamb to Scottish schools during the week of the 30 November for Home Economics classes.

As well as marts donating, alongside John Scott Meat, IAAS will organise, pack and deliver the lamb.

With the initial response from schools already reaching 10,000 more schoolchildren than last year, and still two months to go, Mr Wilson is inviting the farming community to be part of the initiative.

“If each farmer donated the proceeds of the sale of one lamb between now and 30 November, thousands more school children will benefit and we’ll be able to fulfil our ambition.

“One lamb will give approximately 180 children the chance to cook and taste lamb. If it costs the farmer £100 to yield that lamb, that’s 55p per child,” he said.

Lamb for St Andrew’s Day was kickstarted in 2010 by auctioneers, and has grown with the support of IAAS, NFU Scotland, National Sheep Association and Quality Meat Scotland.

Martin Kennedy, President of NFU Scotland, showed his support for the Lamb Bank: “I would encourage all sheep farmers to be involved and support this initiative to help get our positive message across.

“With climate change and the environment being at the top of the agenda, sheep grazing our hillsides are part of the solution."