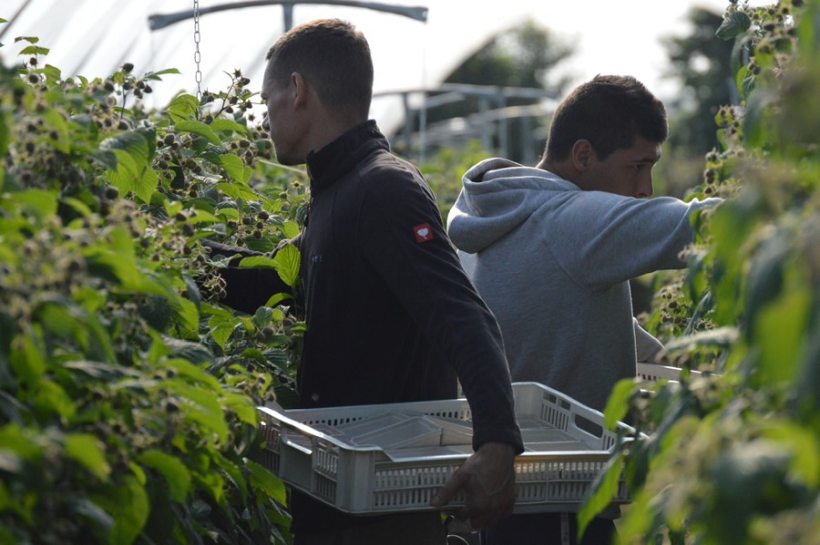 According to a recent survey, 100% of growers said they depended on non-UK seasonal workers

Scotland's horticultural leaders have provided evidence to an influential Westminster committee on the importance of a seasonal workforce.

Farming unions and groups have consistently pressed government on the need for a Seasonal Agricultural Workers Scheme.

They are seeking to ensure that the UK horticulture and ornamental sector can meet their annual requirement for around 70,000 seasonal staff.

Approximately 10,000 workers are understood to undertake work on Scottish farms each year, staying in the country to undertake essential work for between six and nine months.

From an NFU Scotland survey of its members who are specialist growers, 100 percent indicated that their businesses depended on non-UK seasonal agricultural workers.

The vast majority of respondents attempted to recruit from the local, domestic population in 2020. But 79% reported that these efforts were not successful.

Figures from one of Scotland’s largest producer organisations found that its efforts to recruit domestically had a success rate of just 15 percent.

Growers said that the reason the 2020 season was completed successfully was that travel restrictions in Europe were lifted at the right moment to allow workers from the EU to come to Scotland.

Around 70 percent of the Scottish seasonal workforce in 2020 were from the European Economic Area – both returnees and new starts.

"Even in this extraordinary year, despite the best efforts of growers to recruit domestically, we simply cannot fill seasonal vacancies with workers from the UK population.

“Government must accept that this is not an issue that is confined to the domestic labour market or the future Points-Based Immigration System.

"It is a sector specific, labour input challenge which requires a specific response from UK government," Mr Porter said.

If a seasonal workers scheme is not in place for 2021, then growers have indicated that there will be significant crop loss, with many moving out of horticulture altogether, he added.

“For any government to allow such a situation to come to pass would, in our view, show complete contempt and disregard for a dynamic sector of UK agriculture which supplies the market with local produce.

“Such a stance would not match the UK government’s own stated ambition to be a nation which champions high quality food and agriculture," Mr Porter said.