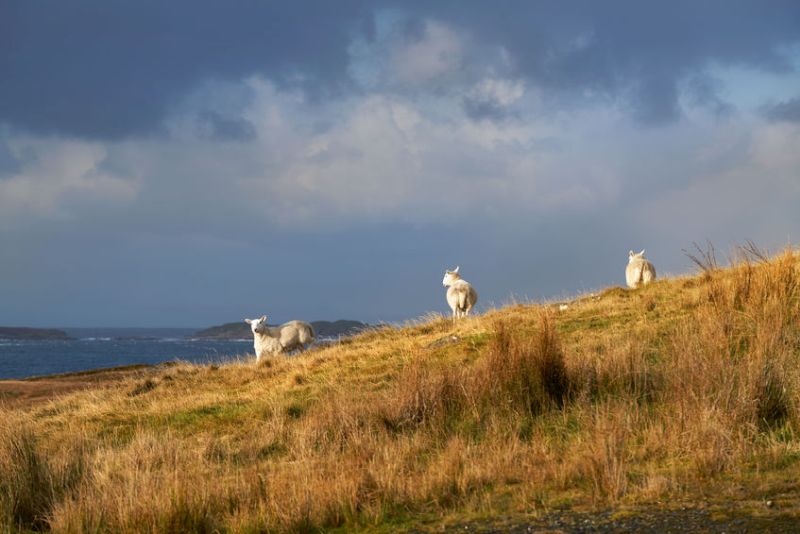 A marketing drive to encourage lamb consumption has commenced in Scotland

Auction marts across Scotland are donating lambs to celebrate St Andrew’s Day on 30 November with the hope that it will become a regular tradition.

The initiative is part of an industry marketing drive to encourage the country to celebrate St Andrew’s Day with lamb.

The campaign, ‘Lamb for St Andrews Day’, is a joint effort between farming groups such as NFU Scotland and Quality Meat Scotland (QMS).

“St Andrew’s Day is a great Scottish day but is often under-celebrated,” said Christopher Sharp, group director at United Auctions, which is leading the marts in the campaign.

“We want to change that and make it into an occasion to celebrate with a great Scottish meat."

He added: “Auction marts have played a vital role in the food chain, ensuring the nation has been fed during the pandemic and we want to continue that by saying thank you to the food chain and everyone in it.”

The Institute of Auctioneers and Appraisers in Scotland's (IAAS) members will be contacting 30,000 farmers to help spread the word, and each mart will be running a social media campaign.

The other organisations involved will also be reaching out to communities and businesses to ensure lamb is on the menu for St Andrew’s Day.

Mr Sharp said the move would be 'invaluable' in terms of widening pupils' experiences with local food.

As part of the drive, QMS has developed a range of recipes with celebrity chefs which will be shared over social media and around auction marts.

Groups involved included a scouts’ club that had a lamb curry on their camp-out, and a high school whose pupils produced three lamb recipes.

“The feedback last year was very positive,” said Mr Sharp. “We knew rugby clubs would get involved but we were really pleased to have schools, scouts and local rural organisations too.”

“If farmers, businesses or organisations would like to get involved, we would encourage them to contact their local livestock market,” he said.