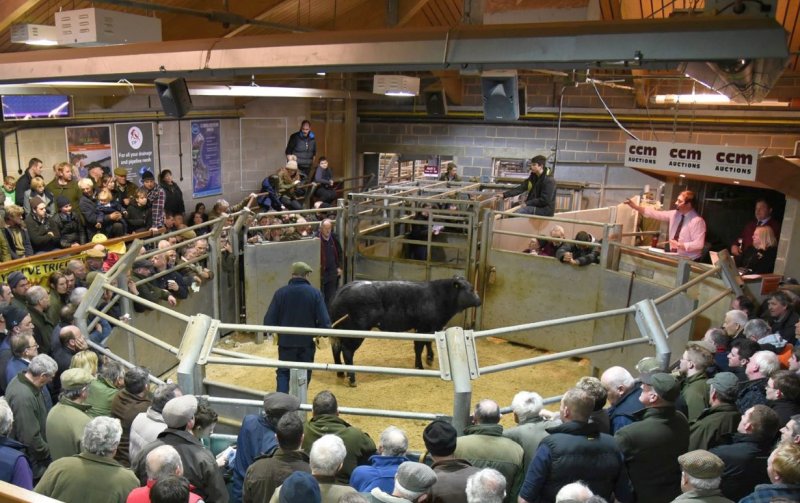 The total value of livestock throughput increased to over £556m at Scotland’s livestock marts in 2020 despite the pandemic, according to the latest figures.

Overall throughput was up by nearly 10% year-on-year, the Institute of Auctioneers and Appraisers in Scotland (IAAS) has said.

This is despite last year being one of the most challenging years for Scottish livestock auctioneers since the foot and mouth crisis.

IAAS, which is the representative body for livestock markets, valuers and auctioneers across Scotland, said the figures highlighted the 'critical role' marts play.

Using the experience of foot and mouth from 20 years ago, IAAS kept markets open during the pandemic as a vital part of the food chain.

The live markets and the auction system continued, albeit under different rules to normal, and was pivotal for ensuring farmers could still fairly trade their livestock, as well as aiding a buoyant trade that continues.

Neil Wilson, IAAS executive director said: "It meant that new customers came forward to use the system, as well as offering the opportunity to trade more stock.

"In a year when Defra figures noted a 3.7% drop in overall sheep production, it was pleasing to see that the number of sheep going through Scottish rings for slaughter actually rose by 10%.

"The marts exist to provide a transparent system for reaching a fair price, and these figures show that it is worth hundreds of millions of pounds to the Scottish rural economy and its farmers.”

“Quite simply, if we hadn’t been able to have live marts, there wouldn’t have been the same level of trade," he said.

"This year’s summer sales were fantastic too, up until recently when increases in fertiliser prices cooled the market.

"Cattle were going great, with the first couple of sales in September at about £3/kg for smaller calves. Although the fertiliser situation has dampened things, a lot of cattle have already been sold.

"Sheep though, are going well, and prime sheep are ahead of last year’s prices, with lambs about £40 higher.”

This took away one critical additional element of the Scottish live marketing system – that of social interaction.

Many sales were broadcast online so farmers could stay abreast of trade, however the opportunity catching up with friends, for knowledge exchange and keeping up with policy moves, was lost.

The merits of this type of activity, as well as helping to tackle rural isolation, were recently laid out in the Prince’s Countryside Fund report, More than a Mart.

All of this is returning though, Mr Wilson said. “The relaxation of Covid rules means that footfall is increasing again at Scottish marts as well as buoyant trade.

"IAAS looks forward to marts continuing to play their crucial role as a rural hub."