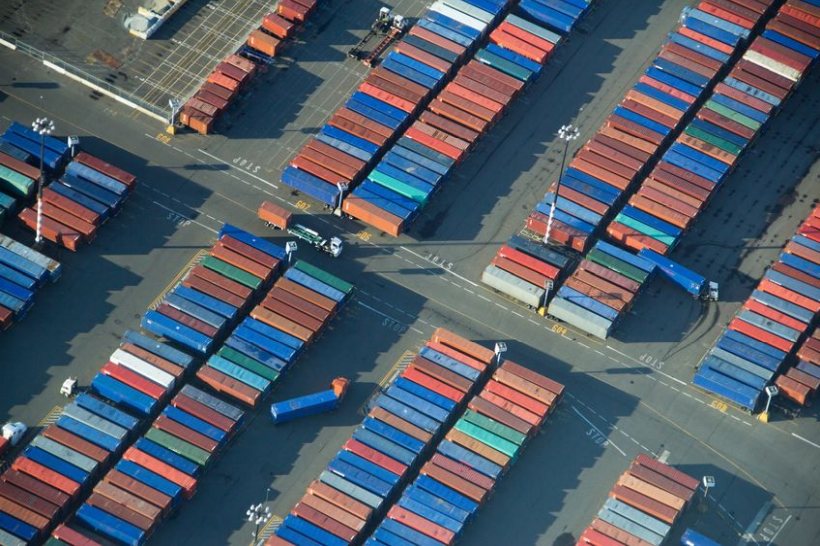 Scotland’s red meat exports fell 2% below their five-year average as the pandemic heavily disrupted the industry earlier in the year, new figures show.

From August 2019 to July 2020 the total value of red meat and offal sold outside the UK by Scotland’s exporters declined.

The decline is likely to reflect the near-closure of export markets for a period in mid-to-late March, when public health measures were introduced to control Covid-19.

This led to delays at EU borders and saw export sales destined for the foodservice sector severely disrupted.

Iain Macdonald, economics analyst at QMS, said the closure of the foodservice sector meant that demand remained weak throughout the second quarter of 2020.

Meanwhile, increased freight costs reduced the viability of some markets, he said.

With the end of the transition period approaching, the results of the QMS survey underline how important EU markets have been for Scotland’s red meat exporters.

Between 97-99 percent of beef and lamb export trade involved EU partners, and around 80 percent of offal trade.

Mr Macdonald noted that it was hard to see increased trade with new markets being able to offset fully the potential disruption to trade with EU countries in 2021, particularly if no UK-EU deal emerged.

“Scottish exporters have a number of long-standing relationships with EU importers, which would be difficult to replace if significant new barriers to trade were to make them unviable.

“With thin operating margins in the processing sector - of as little as 2% - export markets are a vital source of additional revenue over and above what can be achieved in the home market, helping to balance the carcase,” he said.

“In turn, this supports the amount of money that can be spent procuring livestock from Scotland’s cattle, sheep and pig producers.”

While results from the survey showed that total sales of beef fell by around 12% in value and volume, exports still generated nearly £41m of revenue.

Within this total, exports of Scotch Beef were worth £29m to exporters and the average value per tonne of Scotch Beef exported was almost a quarter higher than for non-Scotch Beef.

“Italy and France remained the largest destinations for Scotch Beef exports, accounting for around 55% between them, while close to 40% of sales were earned from Germany, the Irish Republic, the Netherlands and Belgium,” Mr Macdonald said.

“The Netherlands and France were the main destinations for non-Scotch Beef, accounting for just over two-thirds.”

Outside the EU, Switzerland was a market where only small volumes of Scotch Beef were exported, but trade took place in high value cuts, averaging well above £20/kg.

Mr Macdonald said: “This indicates the opportunity that exists for sales of premium cuts of Scotch Beef to buyers seeking out the highest quality beef in a competitive global market.

"Within the EU, Belgium and Germany were destinations where the average value of beef exports was close to double the overall average, indicating trade in a different balance of cuts to other markets, with a greater focus on higher value products.”

For lamb exports, which were thought to have been particularly hard hit by the initial introduction of Covid-19 control measures in March, it was a difficult year.

“Exports are estimated to have reduced in value, slipping to around £26m. However, exports still accounted for an estimated 23% of abattoir turnover from lamb sales during the period, compared to around 8% of beef sales.

“The volume of lamb exported fell even faster, but a significant lift in the average value per tonne exported, of over 10%, provided a partial shield to export revenues. France remained the most important overseas market for Scotch Lamb.”

In contrast to beef and lamb, activity in offal surged, more than doubling in value, to over £9m, and tripling in volume.

Mr Macdonald said: “In the previous year, offal exports had fallen heavily so the rebound will have given an important boost to carcase balance for Scotland’s red meat processors.

"Non-EU markets grew at an even faster rate than offal exports to the EU, with East Asia the principal destination.”