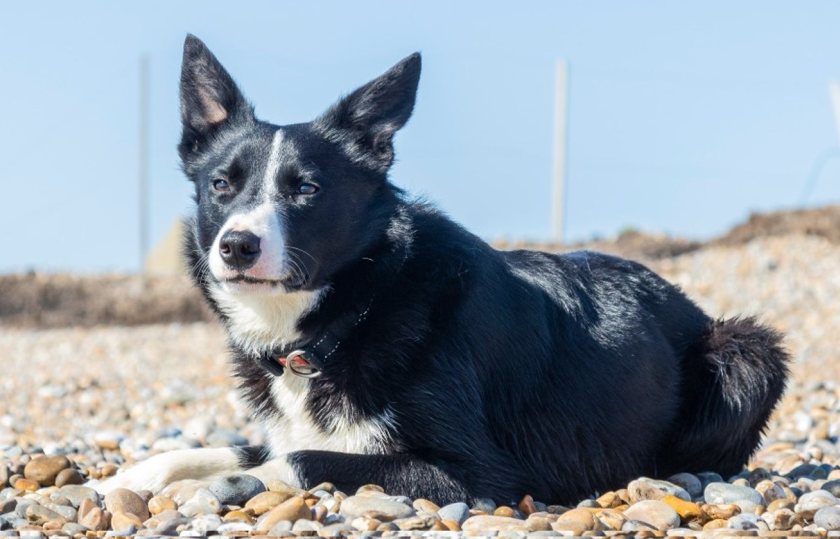 Sweep will round flocks of rare sheep on a remote island off the Suffolk coast (Photo: National Trust)

A one-year-old border collie has been recruited by the National Trust to help look after some of the UK's rarest sheep on remote land off the Suffolk coast.

Sweep travelled to Orford Ness nature reserve by boat where he will round flocks of sheep under the watchful eye of shepherd Andrew Capell.

Breeds there include the Whitefaced Woodland, saved from extinction in the 1970s, the Manx Loaghtan which has fewer than 1,500 breeding females left and the Herdwick.

Sweep took up post in February and follows in the footsteps of his long-standing predecessor, Kite.

Mr Capell said: “He’s used to being around sheep but the ferry crossing has taken a bit of getting used to. Thankfully, he seems to have found his sea legs.

“Sweep has plenty to learn so he’ll be in training for a while yet. As I always tell visitors to the Ness, it takes four years to train a sheepdog – one year for each leg!”

“Having a sea-going sheepdog is a real talking point on the Ness and I’m looking forward to introducing Sweep to visitors once we’ve reopened.

"He’ll no doubt be a popular member of staff and will help us get people engaged in important topics like conservation and the Countryside Code.”

Orford Ness is the largest shingle spit in Europe and is recognised as an internationally important habitat.

The site has been grazed for centuries and sheep play an important part in maintaining a healthy environment for its diverse wildlife, helping to keep invasive plants under control and ‘mowing’ the grass for hay.

With lambing season underway, and nesting birds on the ground, Mr Capell is also keen to emphasise the importance of responsible dog behaviour.

“Sweep is the only dog allowed on the Ness due to the fragility of the habitat but we’re hoping he can help us promote responsible dog behaviour across the UK coast and countryside.

"There will also be livestock in the fields right now, so if you’re out walking through farmland or near wildlife, please make sure your dog is on a lead.”

He added: “Having sheep on the island also means we can play our part in conserving the breeds themselves, many of which are rare.”