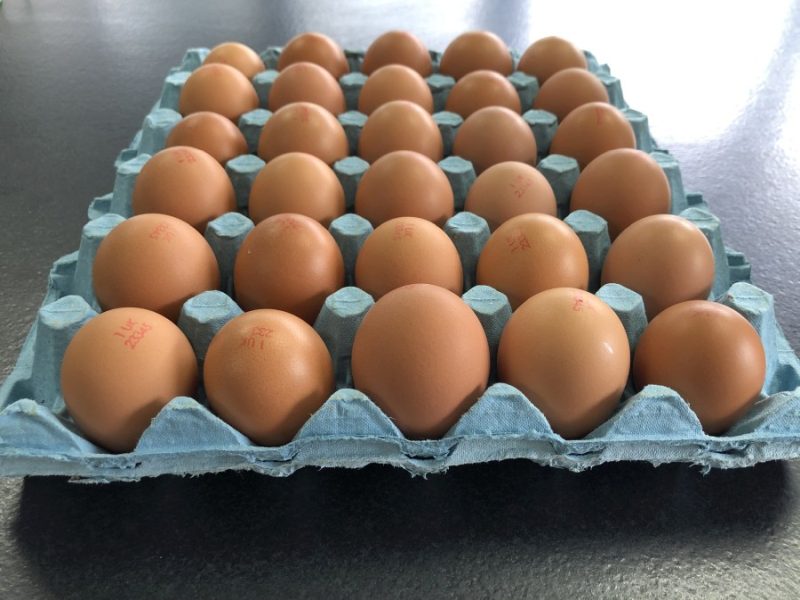 Small adjustments to the egg collection and sorting equipment at a Welsh free range unit has resulted in fewer eggs being graded as 'seconds'.

Hairline cracks in eggs are often not noticeable to the naked eye at farm level, but they are picked up by sensors at the packing plant.

Micro cracks can occur as eggs are collected and sorted - if just 1% of his eggs are graded as seconds it can mean a £5,500 loss to the business.

Catherine Price, Poultry Technical Officer at Farming Connect, says cracked eggs, combined with eggs dirtied by cracked eggs on a transporting conveyor belt, can contribute to a high percentage being classed as seconds.

“Once eggs are damaged in this way, eggs are devalued considerably," Ms Price explained.

“This, combined with the current challenging egg market, means it’s beneficial for egg producers to prevent unnecessary damage to eggs during transport from the laying nest box through to the packing machine."

The issue is not a major one at Wern but as the flock is now running at 70 weeks and egg shell quality could become more vulnerable, Mr Williams embarked on a project to identify pinch points in his system.

The project, carried out in conjunction with Farming Connect and his feed supplier, Lloyds Animal Feeds, involved running a sensor in the shape of an egg along the transfer points and graders, to identify trouble spots.

It identified a steep gradient at the top of the egg belt near to the transfer point, a glitch that could result in damaged shells. It only needs a small adjustment with a spanner to resolve.

The speed of the egg conveyor belt – a common cause of shell fractures - was also altered.

“Everyone thinks their system is fine but it was quite surprising to learn how a small drop can affect egg quality" Mr Williams said.

With margins over feed and pullets very tight in free range egg production, running a sensor through the system can be a very cheap and easy means of making improvements.

Gwesyn Davies, of Lloyds Animal Feeds, said seconds were becoming more of a problem now that flocks were run for longer.

“We are seeing plenty of flocks run to 80 weeks and shells become more vulnerable at this stage," he said.

“Breeding and nutrition come into it but it is an easy win to look at improvements that can be made in the shed."