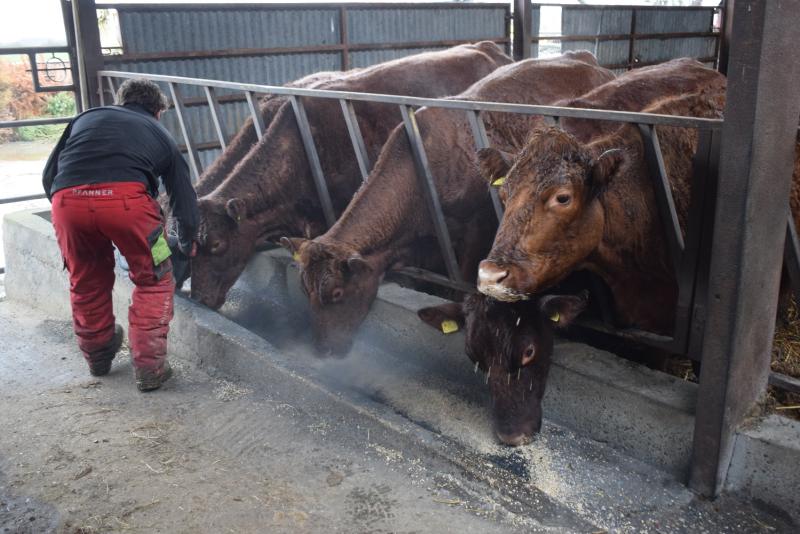 Several farmers are set to trial biochar feed on their farms over the course of next year following an initial trial looking at its environmental benefits.

Numerous Welsh farmers are to investigate the benefits of feeding biochar to cattle after research indicated it could reduce nitrate leaching.

Initial results from manure testing on a farm in Lincolnshire suggested that feeding cattle biochar – a type of charcoal – decreased nitrate levels in the manure.

The results, from farm-based researchers Innovative Farmers, said this may be because more nitrogen compounds in the feed were converted into protein by the biochar while inside the animal.

The study adds that it offers the potential to reduce nitrate leaching into water courses when slurry is used as fertiliser.

But more trials are needed to build on these findings, and now numerous farmers are to trial the charcoal feed next year.

Farmer Richard Copley, who led on the research, said: “Results from my farm have been encouraging, but we need more farm-based research into the impact of biochar feed on ammonia emissions, carbon sequestration and animal health.”

The farmer-led trial is in partnership with researchers from the Centre for Agroecology, Water and Resilience (CAWR) at Coventry University, who are also carrying out pot trials to see whether biochar-feed manure has any impact on grass growth and soil health.

It is also thought biochar could benefit cattle by absorbing toxins and reducing parasitic worms, as well as reducing ammonia emissions.