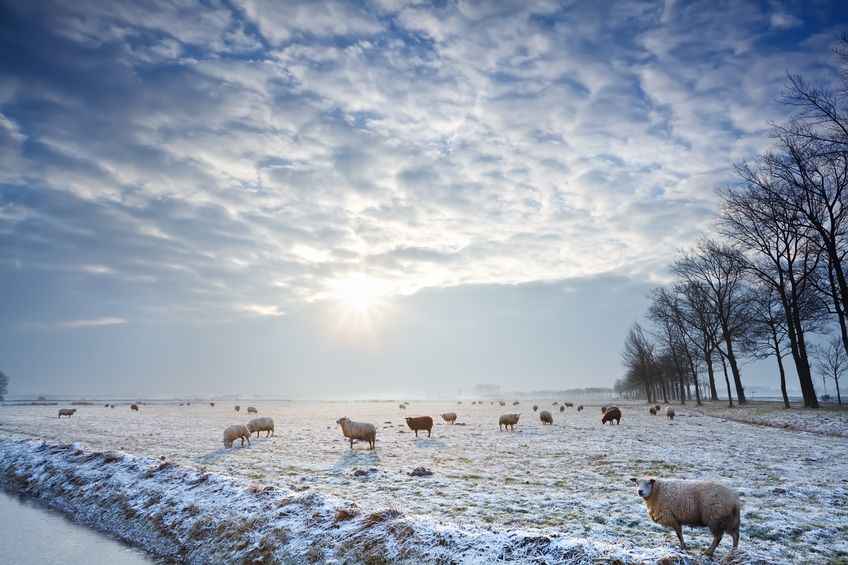 Extreme weather contributed to losses of up to £161m for Scotland’s farmers during 2017 and 2018 amid fears such unpredictable weather will soon become the norm.

Last year's adverse weather had an impact on livestock and yields of key crops across Scotland according to a new report published this week.

Sheep farmers suffered the biggest losses of £45m as the Beast from the East hit during lambing season.

The largest impact on beef producers was the increased cost of feed, as cattle were kept inside for longer during the bad weather and grass growth was low during the dry summer. This cost farmers £28m.

Cereal crops were also significantly impacted, costing the sector £34m. Total production, area grown and yields were down in 2018 due to previous year due to the poor weather conditions at key points in the season.

At the UK level, wholesale prices of some staples like carrots, lettuce and onions rose by up to 80%.

Meanwhile, NFU Mutual reported an increase in fires during June and July due to the exceptionally hot dry summer.

The report, by independent economic consultancy Ecosulis and commissioned by WWF Scotland, warns that severe and unpredictable weather will soon become the norm due to climate change.

“This report gives a snapshot of the huge financial toll, but behind these stats there is also a personal cost for farmers across the country,” she said.

“This year, the mild winter has boosted crop growth but the variability is already a huge challenge – and climate change is going to lead to more frequent, extreme and unpredictable weather events, like we saw across 2017 and 2018.

“Last year’s extremes will soon be the norm, rather than the exception and that will have huge implications for farmers and the environment. That’s why it’s so important the Scottish government takes action now to support our agriculture sector to adapt to the challenges ahead.”

Douglas Christie, who runs a mixed farm in Fife, experienced first-hand lower crop yields of wheat, spring barley and spring beans as a result of the weather extremes last year.

He said: “Poor weather in spring meant I couldn’t put the cattle out to grass as early as usual and I consequently used more conserved forage and straw followed by poor grass growth in the summer until August when welcome rains arrived.

“I’ve been working to build resilience in my farming system using conservation agricultural principles so that I’m better able to stave off the effects of extreme weather in future.”