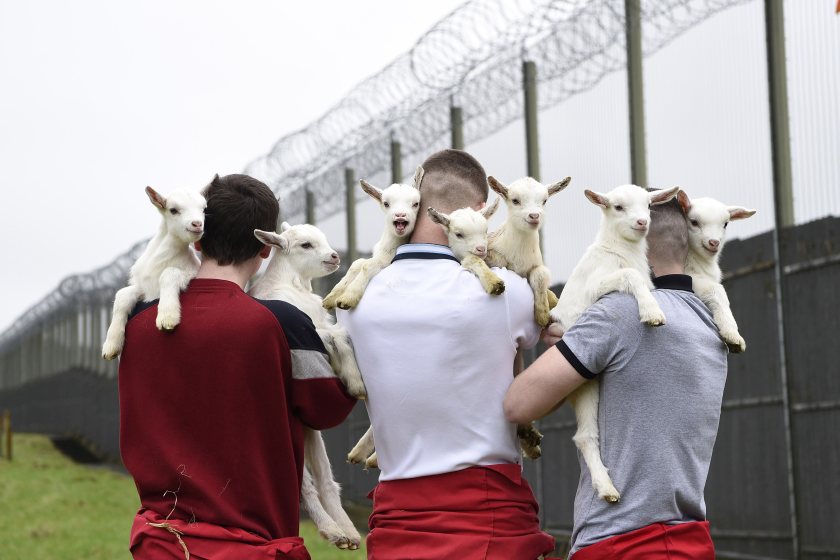 The young offenders have even successfully competed at the Balmoral Show

Sheep have become a valued part of a young offenders' rehabilitation programme initiated by a prison service in Northern Ireland.

The young men at Hydebank Wood College, near Belfast, have been working with sheep during lambing time, including lambing the ewes within the college grounds.

Since purchasing the first set at Lanark and Ballymena Livestock Market in 2016, they have also successfully competed at the Balmoral Show.

He said he had witnessed the effects that agricultural and horticultural experiences were having within the prison.

"Introducing sheep has without a doubt worked miracles for their self-esteem," he said.

“They are easy handled, which has proved to be the case within the prison, as we have had successful lambings and found them easy to work with.”

He noted that many of the young men in the prison had never seen a live farm animal before.

"All of a sudden, they are getting the chance to work with them and compete at a prestigious agricultural show," he added.

The young offenders have represented the prison service at the Balmoral Show in 2017, 2018 and 2019 - achieving two second places.

"This was incredible not only for Hydebank Wood College staff, but it was a great reward for the men who work with these sheep all year round,” Mr Graham said.

Those serving time are also taught husbandry skills during the rehabilitation project, with the aim of benefitting them when they return to working and community life.

Hydebank Wood College said it aimed to continue fulfilling the needs of young offenders who had an interest in pursuing an agricultural or horticultural career.

“Many of the young men in here are fathers and it is incredible how this experience of being responsible for another life has prepared them for fatherhood," said Michéle McElnea, senior officer for workshops.

"Also, our appearance at Balmoral Show led to a young man being offered an agricultural job, due to the knowledge and experience that he has developed."